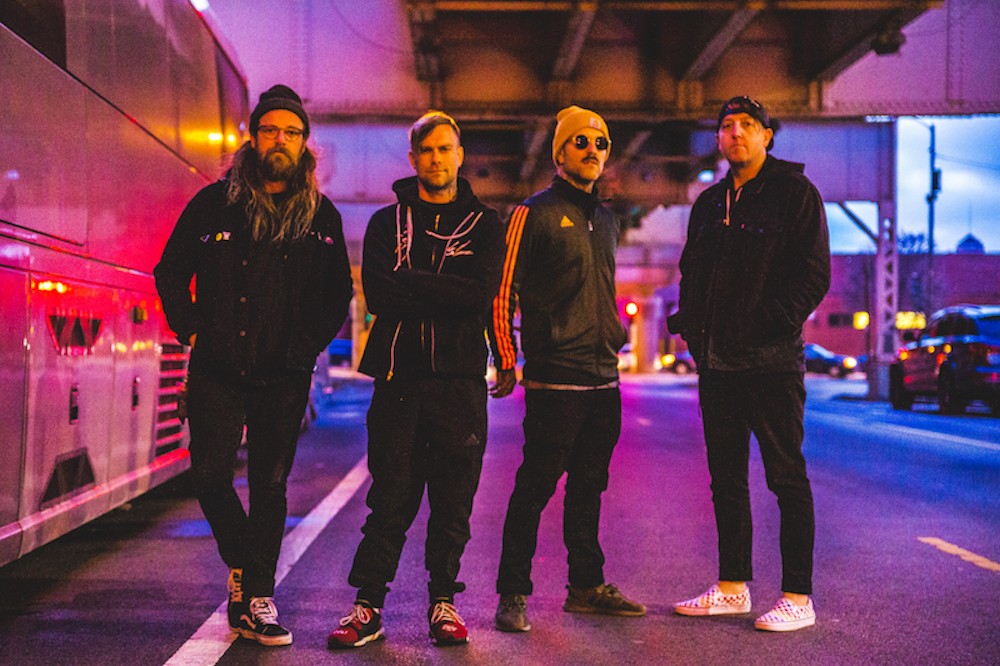 Continuing with their trend of releasing a new record every 2-3 years since their 2001 formation, The Used announced Heartwork, their eighth studio album, will be released on April 24 via Big Noise.

Produced by Goldfinger’s John Feldmann and featuring appearances from members of bands like Blink-182, Beartooth, Fever 333, Heartwork figures to be just as genre-bending as any of The Used’s recent releases. Although sonically different than the songs that brought them success early on, the band’s consistent intensity and songwriting ability have kept their massive fan base intact.

The band also shared the album’s second single, “Paradise Lost, a poem by John Milton,” along with a music video for it.

“The new album plays on the emotions, the sincerity, and the vulnerability of the first record and In Love and Death, with a little bit of the flair from Lies for the Liars,” vocalist Bert McCracken said. “Standing in the streaming circle pit with Kesha and Halsey, the album is just as modern sounding. John Feldmann’s production is that professional. It sounds really good. Those are two really random examples, but I think if you listen to both of those records, the songs are all over the place: dance, pop, actual punk rock riffs and drums. I think music is so all over the place right now that The Used fits in perfectly.”

McCracken and his crew have two weeks left on their current U.S. tour before they likely announce additional dates in support of the new record. Pre-order Heartwork through The Used’s website and watch the video below.

The Used Open Up About Heartwork and Debut “Big, Wanna Be”

Bamboozle: The Good, the Bad & the Soggy