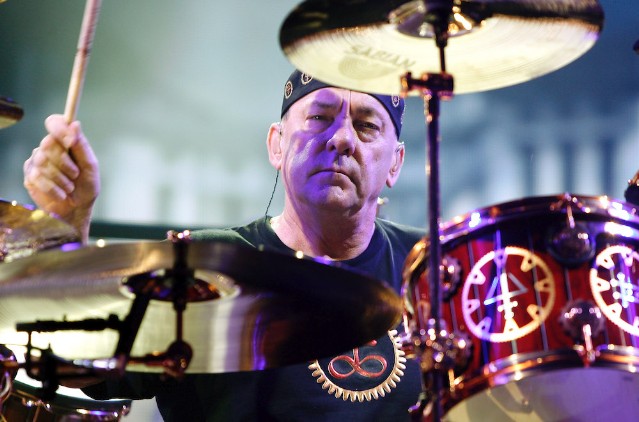 Last month, the world lost the incredible talents of Rush drummer and lyricist Neil Peart after he succumbed to brain cancer. However, there’s little doubt his legacy continues to live on.

Case in point: Toronto Blue Jays catcher Caleb Joseph paid tribute to the late Rock and Roll Hall of Famer with a makeshift drum kit during the team’s warmup routine at the team’s Spring Training facility in Florida. Joseph put his air-drumming skills to the test to Rush’s “The Spirit of the Radio” as his teammates gathered around to cheer him on.

Neil Peart would be proud ❤️

Joseph, a Nashville native, had previously expressed his admiration for Peart. “Rush is my favorite band, and Neil my favorite drummer. The reason I even picked up drum sticks was because of Neil,” Joseph wrote on Twitter after he learned of Peart’s death.

Peart, who died on Jan. 7 in Santa Monica, California, was often regarded as one of rock music’s greatest drummers and was known for his technical precision, irregular time signatures, and incredibly elaborate drum kit. Rush’s final tour happened in 2015, with bassist Geddy Lee confirming last year that the band had “zero plans to tour again.”