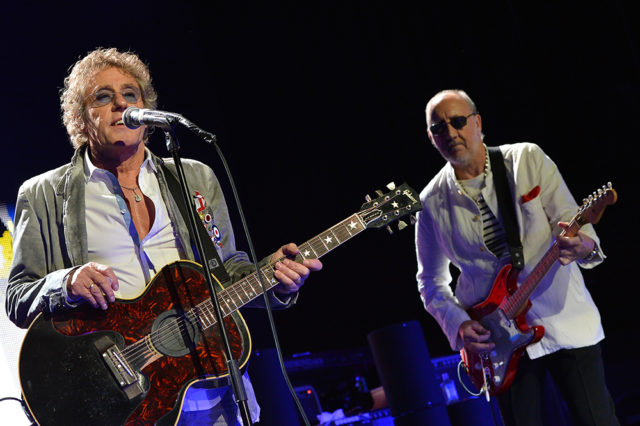 While The Who dropped their latest album, Who, last December, fans haven’t had the chance to hear many of those songs live. That is, until now.

The legendary rockers debuted “Break the News” and “She Rocked My World” at PRYZM in London earlier this week. Since it’s been years since they’ve played small club shows, the energy was very relaxed and felt more like they were playing for their friends as opposed to a large stadium gig.

And while they will be going on a UK tour in March followed by a U.S. leg, singer Roger Daltrey proved that he still needed to learn the lyrics to “Break the News,” which was written by Pete Townshend’s brother, Simon.

“I’m in the first stages of the dreaded late 70s,” Daltrey said before they give the song another go. “And the memory ain’t what it was. I’ve never sung this song before live. I might have to read it…Simon is such a great songwriter. For years he’s done his songs at my solo shows, but it’s great to find a song that actually fits on a Who album. It fits really well. Let’s try it.”

The Who will be playing PRYZM again tomorrow night (Feb. 14) to celebrate the 50th anniversary of their epic Live at Leeds performance years ago.

Emily Tan
Tags: the who