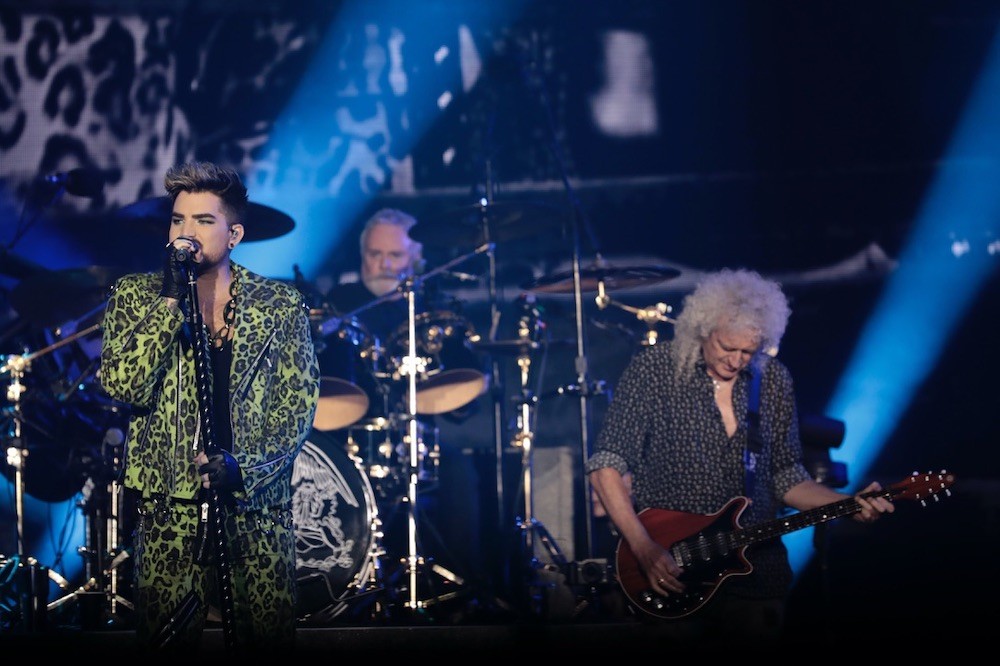 For the first time in 35 years, Queen fans got to see the band perform their most famous set, as the rock legends played through their exact 1985 Live Aid set at the Fire Fight Australia benefit concert.

With current frontman Adam Lambert channeling his inner Freddie Mercury, the historic act played through “Bohemian Rhapsody,” “Radio Ga Ga,” “Hammer to Fall,” “Crazy Little Thing Called Love,” “We Will Rock You” and “We Are The Champions” in a virtually identical fashion to what they did for their renowned set. The 22-minute performance even included video footage of the 1985 show, giving Mercury a digital cameo for the reenactment of one of his most iconic moments.

Headlining the event alongside names like Michael Buble, Alice Cooper and Olivia Newton-John, Queen provided a heavy dose of nostalgia for a good cause — all while making history and headlines for something fans had long been waiting for. Of course, seeing as how much the world has changed since 1985, this version of the classic performance was more or less revealed ahead of time by the band on social media and then immediately had videos (both official and unofficial) posted to YouTube within minutes of the set ending.

Check out a pair of the official videos below.