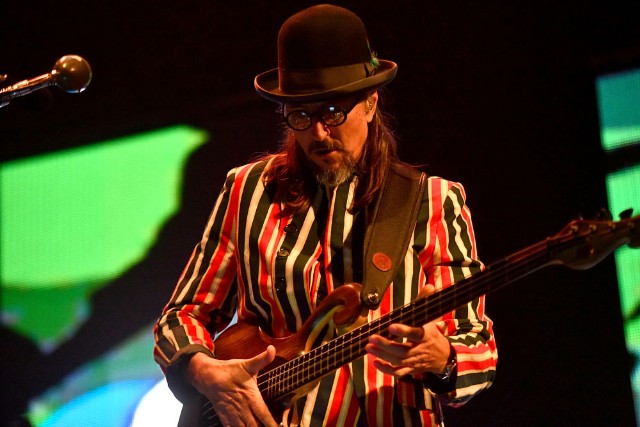 Primus covering an entire Rush album? You better believe it.

The Bay Area trio announced that they’ll be hitting the road this summer, but with a fun wrinkle. In an interview with Rolling Stone, Les Claypool revealed that Primus will be performing Rush’s 1977 A Farewell to Kings in its entirety ahead of a set of Primus songs. They’ve been covering Rush for a while now, but this takes it to a different level.

Primus previously opened for Rush on their 1992 tour.

“Hemispheres was my first concert,” Claypool told Rolling Stone. “Little 14-year-old guy who just threw up in the parking lot from drinking three Löwenbräus, having my mind blown by watching these guys do their thing.”

The reason Claypool chose A Farewell to Kings? It was the first album he ever heard.

Wolfmother, The Sword and Battles will open.

“A little over one year ago, Ler Lalonde and I started kicking the idea around of Primus performing a series of shows featuring an iconic Rush album from our youth,” Claypool said in a separate statement. “Being that A Farewell To Kings was the first Rush record I ever heard, and that it contains my all-time favorite Rush tune, ‘Cygnus X1,’ the choice narrowed quickly. Years ago I had done something similar with Colonel Claypool’s Fearless Flying Frog Brigade, when we covered Pink Floyd’s Animals in its entirety. It was an insane amount of work, but ended up being one of the most enjoyable live endeavors I’ve ever done.”

Tool Announce Massive Summer Concert With Primus, the Melvins, and the Crystal Method