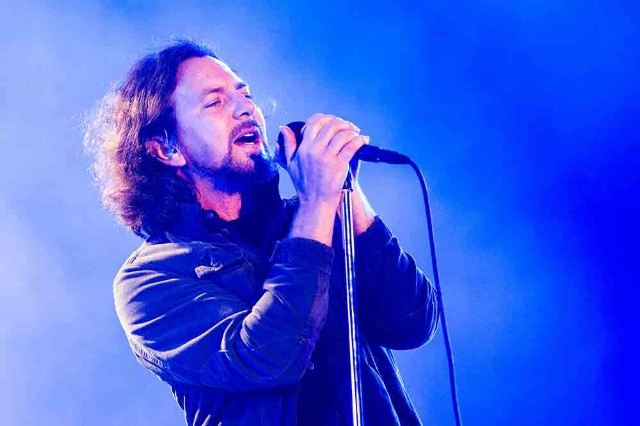 A little under a week after sharing a snippet of the song by having listeners point their phones at the moon, Pearl Jam has released “Superblood Wolfmoon.”

It is the second song off Gigaton and is a harder charging rocker, at least compared to first single “Dance of the Clairvoyants.” It’s a track that would have been at home on 2006 self-titled album or Backspacer and features a neat Mike McCready solo in the middle.

Ahead of Gigaton’s release, Pearl Jam has steadily shared snippets of music over the last few weeks, like for this track and for “River Cross” as well. They also released the video for “Dance of the Clairvoyants,” their first in seven years.

They will be playing at the historic Apollo Theater on March 26 before the album drops.

Gigaton will be released on March 27.

Listen to “Superblood Wolfmoon” below: