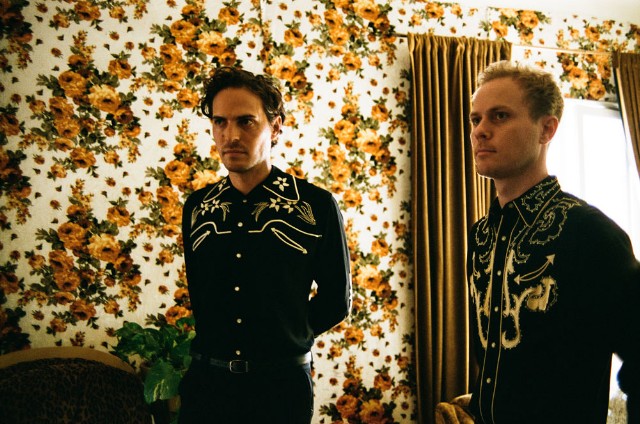 You’d think that people would have had enough of “Silly Love Songs,” but Classixx looks around and sees it isn’t so. The Los Angeles-based electro-pop duo would go so far as to fill the world with “Silly Love Songs.” Enter “What’s Wrong With That,” a poolside cocktail of a Paul McCartney and Wings cover released just in time for Valentine’s Day.

Classixx members Michael David and Tyler Blake have spent the past 12 years perfecting breezy disco vibes. Today, they bring some lo-fi psychedelic glamour to the 1976 No. 1 hit. It’s the kind of mood you wade into, letting each syrupy synth note inch up your skin ’til you get goosebumps. McCartney’s familiar vocal comes through wavy as if piped through underwater speakers. We highly suggest closing your eyes and floating into the deep end.

“The idea for ‘What’s Wrong With That?’ came about after hearing an early stripped-down piano demo,” David told SPIN. “There was something beautiful and open-ended about the demo that lent itself to a rework. We thought it would be fitting to put it out for Valentine’s Day and hope you enjoy listening to it as much as we did making it.”

The song is out now on Classixx’s Bandcamp. They even made a silly little vaporwave visualizer, and what’s wrong with that?

Listen to Classixx’s take on Wings’ “Silly Love Songs” below.