He originally won an Oscar for the song in 2003 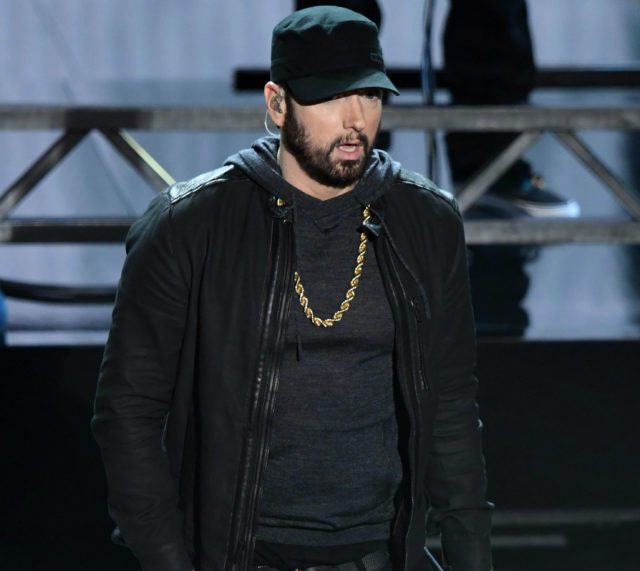 As part of the Oscars music montage, a number of the Best Original Song winners were showcased. This tribute to ultimately led to 2002’s 8 Mile, when suddenly, none other than a bearded Eminem appeared on stage at the Dolby Theater in Hollywood to perform “Lose Yourself,” his classic song from that movie.

Yes, a song from 2002 was performed at the 2020 Oscars with no explanation. The song did win the Oscar for Best Original Song in 2003, but Eminem didn’t show up at that ceremony.

While some attendees bobbed along to Slim Shady, a number were confused as to why he appeared at the event.

Of course, folks on Twitter had some takes on this:

His palms are sweaty

wait why is this happening

Eminem didn’t attend the Oscars when he won for “Lose Yourself” in 2003. He’s here now, putting the dump-button operator to the task! RR

We are all Idina Menzel. pic.twitter.com/kV0BxEZvHj

Imagine if they had done a Lady Marmalade reunion performance instead of this…. #Oscars

After his performance, Eminem chimed in on why he showed up at the ceremony:

Look, if you had another shot, another opportunity… Thanks for having me @TheAcademy. Sorry it took me 18 years to get here. pic.twitter.com/CmSw2hmcZo

Watch Eminem perform “Lose Yourself” at the Oscars below.