The award is the songwriter's second Oscar win 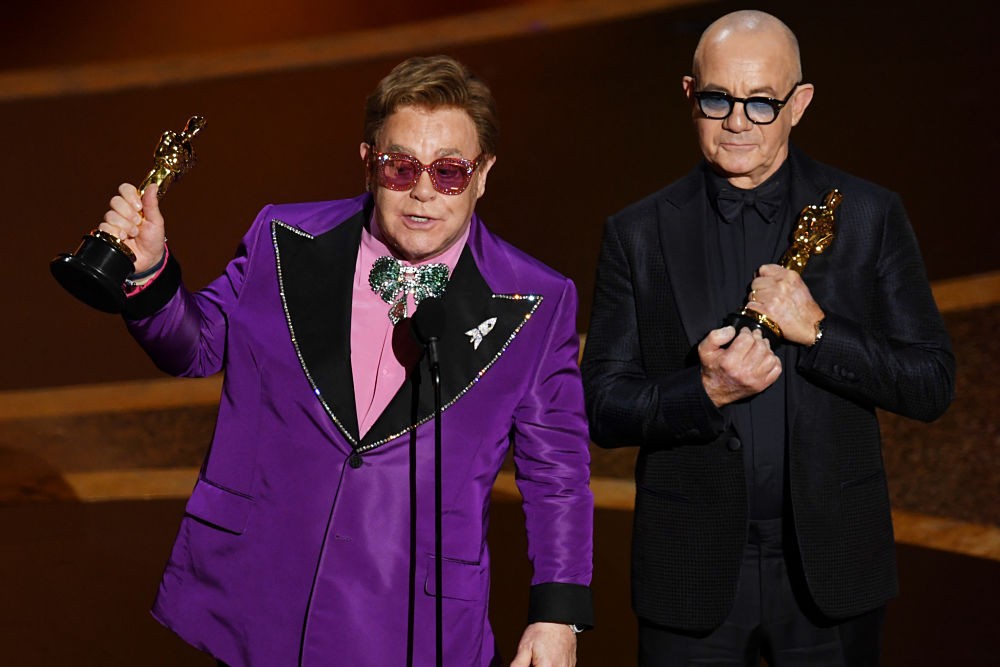 Elton John took home the Oscar for “Best Original Song” at the Academy Awards on Sunday night for “(I’m Gonna) Love Me Again.” The living legend performed the Rocketman track earlier in the night with a full band, and was expected by many to take home the win.

In his acceptance speech, the 72-year-old songwriter made the standard move of thanking the Academy before adding his longtime collaborator Bernie Taupin.

The track beat out “I Can’t Let You Throw Yourself Away” from Toy Story 4, “I’m Standing With You” from Breakthrough, “Into The Unknown” from Frozen II, and “Stand Up” from Harriet.

It’s John’s first Oscar since winning the same award in 1995 for “Can You Feel the Love Tonight” from The Lion King. Both tracks also scored him Golden Globe wins in the same years to go along with his handful of Grammys.