“Well it could. Of course it could. But there would have to be an extraordinary set of circumstances,” Noel told the UK’s The Big Issue in 2019 about whether an Oasis reunion could happen. “But I don’t think he ever will stop [stirring things up]. The modern image of him is defined by the angry guy on Twitter. I left the band 10 years ago. I think I’ve seen him twice in 10 years and both times we nearly ended up in a fight for no reason. I can’t envisage the morning I wake up and think I’d like to spend two years on the road, arguing all around the world with Liam.”

Instead of in-person on the road, the brothers have shared their feelings about each other—and each other’s music—with the press, and especially for Liam, quite often through social media. With the Gallagher siblings still making headlines for what they say about each other, we laced up our trainers (shoes), slid on some tinted shades, pulled on an oversized parka, and took a stroll down memory lane, looking back at Noel’s most eyebrow-raising comments about Liam in the decade-plus since Oasis split.

“If they want to hear old Oasis songs, they’re being played by a fat man in an anorak somewhere, you know, with shorts on, so they can go and see that. I’ve no desire at all to get back involved with Oasis,” Noel said in a 2019 column in the UK’s Wired magazine. 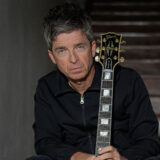 Liam addressed Noel’s remarks through Twitter (of course): “There’s banter and then there’s banter but slagging of a mans anorak is out of order.”

RELATED: Remember When Oasis’ Noel Gallagher and Liam Gallagher Still Loved Each Other?

“I’d read somewhere that it was a headline set in the making, so I thought, ‘Fucking hell, better watch this,'” Noel told The Guardian in August 2019, while discussing Liam’s set at the U.K.’s Glastonbury music festival that year. “I don’t think I’ve ever been so embarrassed for a man in my entire life. He’s pulled off the incredible magic trick of making those Oasis songs sound weedy and thin. And he looked like he was having the worst day of his life, walking around in what looks like a pair of my son’s pajamas, shouting into a mic about some perceived injustice. … If you can’t sing ’em, don’t play ’em!”

“I’ve heard ‘Wall of Glass’ and the one that sounds like Adele shouting into a bucket,” Noel told i-D in November 2017. “But I’m not a fan so I wouldn’t listen to it.” And when the writer said Liam’s voice sounds “good,” Noel responded. “But we’re not striving for good are we? We’re striving for great.”

When a writer for Britain’s The Face magazine told Noel that Liam’s single “One of Us,” was “moving” and noted the lyric “You said we’d live forever,” Noel had a response. “Oh, really? Ha ha! Well, I’m sure the other four people were moved. I wondered if they had pictures of me in the studio when they were writing that shit. … But isn’t there an Oasis line in all of his songs?” Noel said in the September 2019 piece. “I remember once in the Oasis days, he’d been up the studio on his own and every line in the song was the title of an Oasis song. It was some incidental blues nonsense. It went: ​‘You said we were gonna live forever, and now that things are getting better…’ And I asked him what it was called. And you know what it was called? ‘Untitled.’ ha ha!”

“I think that was the strength of the band, was my songs and his thing, whatever that thing is,” Noel told CBS News in  November 2017, responding to a question about the chemistry between the brothers when in Oasis. “So 99.9 percent of the population see him as one thing, I see him as another because I’m his brother.”

“Everyone is an amateur fucking psychologist. People are always telling me it’s because he loves me. Well, I love my wife very deeply, but it never manifests itself by me telling her she’s a c–t. It’s not from a place of love, it’s from a place of hate is what it is,” Noel told The Big Issue in 2019 about whether Liam’s comments are meant to get his attention.  “Just stop the abuse of Sara [MacDonald, Noel’s wife], that’s all I care about. It’s strange behavior for someone who is gagging for me to pick up the phone and say, ‘Let’s do it.’ He’d put his whole life on hold to get Oasis back together. But every tweet he sends out its another nail in the coffin of that idea. If you think for one minute I am going to share a stage with you after what you’ve said, you are fucking more of a moron than you look.”

Why Liam’s Documentary As It Was Had No Oasis Music

“Oh, I turned it down, yeah,” Noel told Variety in July 2019. “If some fucking moron is going to make a film slagging me off, calling my wife a c—t, after trolling my kids on the Internet, after being a filthy little misogynist sexist prick who cannot keep his fucking mouth off Twitter, and then call me to ask me a favor, I’m like, ‘Wow. You are as dumb as you fucking look.” I don’t give a fuck what music you have in your film; you’re not putting any of mine in.”

Sticking a Fork in It

“He’s the angriest man you’ll ever meet. He’s like a man with a fork in a world of soup,” Noel told Q magazine, per the Evening Standard in 2009.

Liam responded to that one via–where else?–Twitter, sharing a video of himself eating soup with a fork.

For the other side of the feud, check out some of Liam’s most noteworthy insults about his big bro Noel.