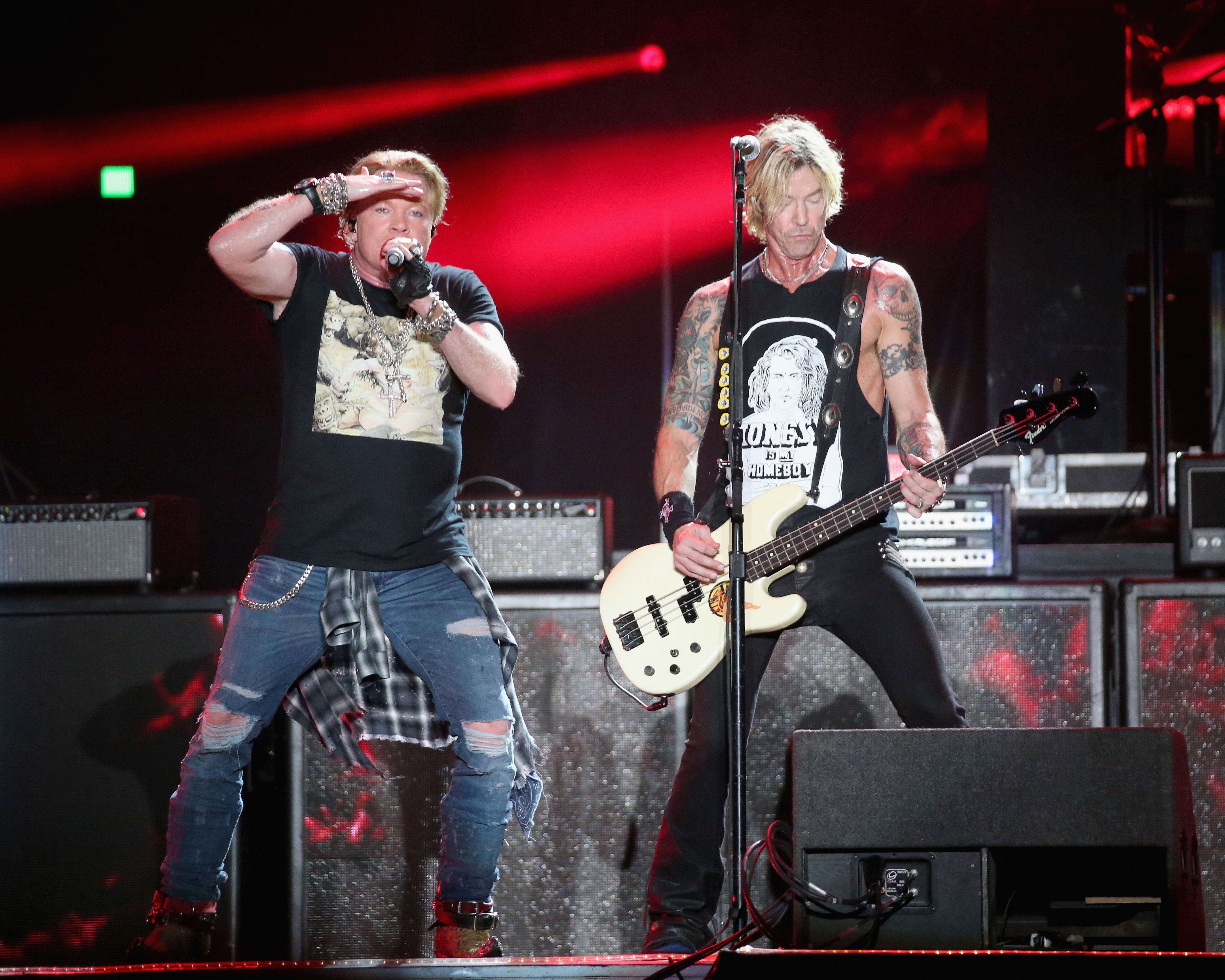 Guns N’ Roses performed at the Bud Light Super Bowl Fest on Friday, January 31, 2020, and during their set, the band paid tribute to Kobe Bryant. Just before playing playing their hit “Knockin’ on Heaven’s Door,” frontman Axl Rose said a few words about the tragic helicopter crash that sadly took Bryant’s life this past week, as Rolling Stone and Consequence of Sound points out.

“By morning, apparently, it was much worse,” Rose continued. “That’s what [Kobe Bryant’s] helicopter flew through. It was pretty scary. I want to dedicate this to Kobe and his daughter and everyone on the flight and everyone in the families and everyone impacted by this terrible event.”

From there, the band performed “Knockin’ on Heaven’s Door,” followed by the Appetite For Destruction track “You’re Crazy,” which they played for the first time since 1993. Watch video footage of the tribute below.

New member of the group @gunsnroses