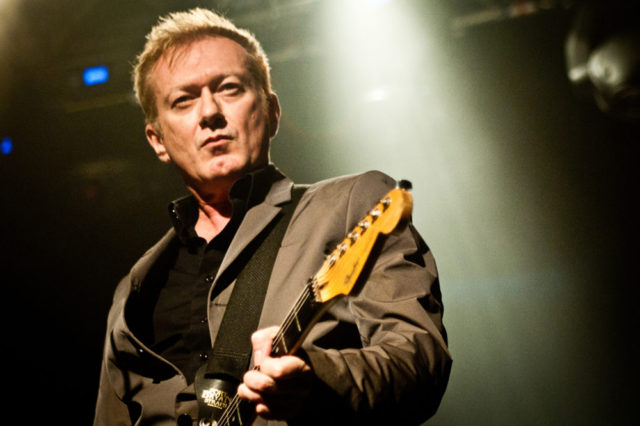 Gang of Four have had quite a month. Following the untimely death of founding member and guitarist Andy Gill earlier this month, the surviving members of the band wanted to pay tribute to him with This Heaven Gives Me Migraine.

“We had the full faith that [Gill] would recover and get to see this come out, so that was part of the reason we decided we needed to do this,” vocalist John Sterry told Rolling Stone. “It’s been a crappy couple of weeks, but at least we have some stuff to focus on, which is good; it’s been a welcome distraction. But it’s sad. We weren’t expecting it.”

While Gill was still in the hospital, it didn’t stop him from continuing work on new music. He worked with a studio engineer and OK-ed the final mixes of some revisited Gang of Four that will be part of the EP.

“From the hospital, Andy continued to give final notes on mixes of music that he looked forward to releasing,” Gill’s wife, Catherine Mayer, said in a statement. “Since his death, I have been working with the band to fulfill his vision. The only change we have made is to include on the EP two brief recordings of Andy speaking, both, in different ways, essence of Andy.”

Aside from the EP drop, they also released their new single, “The Dying Rays.”

“‘The Dying Rays (2020)’ is just a beautiful song and completely confounds what people think of when they think Gang Of Four, Sterry said in a statement, “which in itself is quite a Gang Of Four thing I guess; the lyrics seem all the more pertinent now.”

Gang of Four – “Ivanka (Things You Can’t Have)”