“In the 10 years since Las Vegas welcomed EDC with open arms, the city has become a second home to me, my family, and many members of our Insomniac team,”  Insomniac founder & CEO Pasquale Rotella said. “EDC Las Vegas 2020 is the culmination of a decade’s worth of imagination and collaboration, and we wanted to celebrate those achievements with a lineup that represents the musical diversity of this amazing culture. I’m humbled by the milestone and grateful to the community, both local and global, that has supported the growth of EDC.”

EDC Las Vegas 2020 will take place from May 15 to May 17. And although tickets are already sold out, you can still get your chance to see the big event by getting on the festival’s waitlist.

See the full lineup and trailer for this year’s EDC Las Vegas 2020 below. 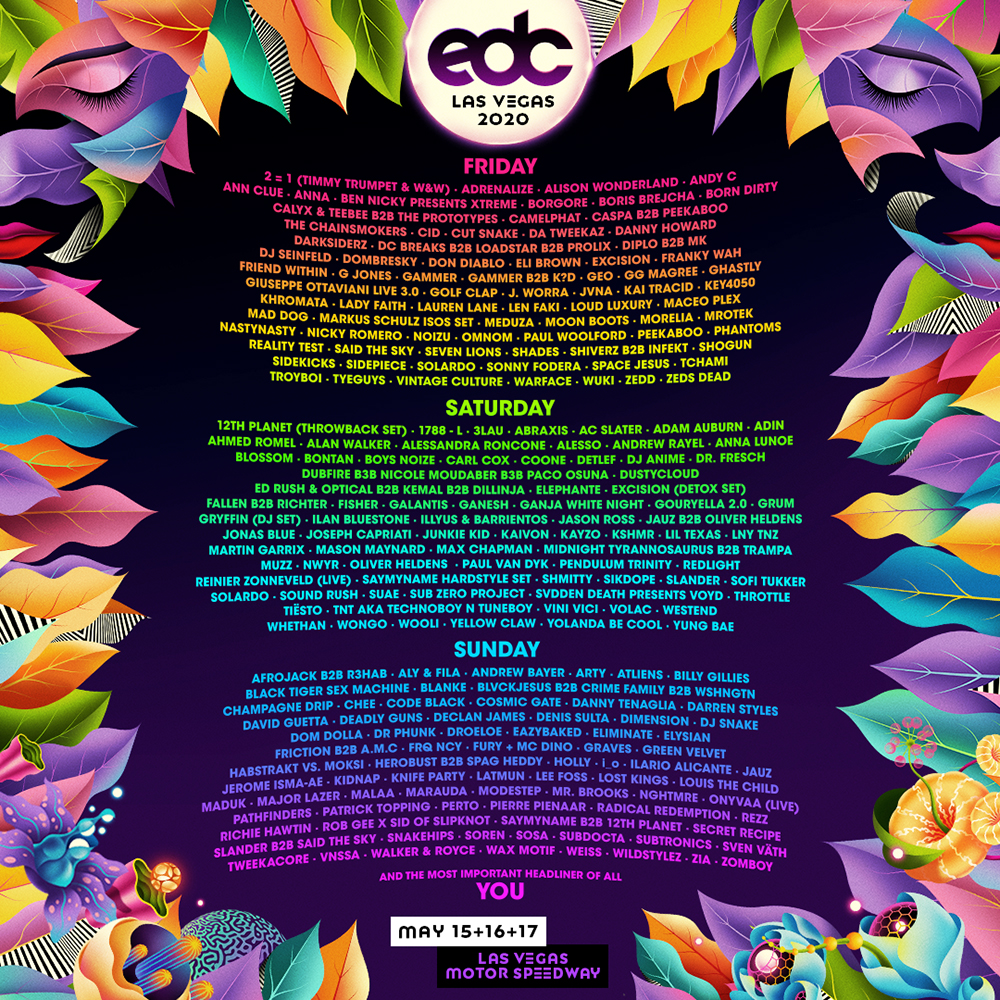