The show returns to the Hudson Theatre in September 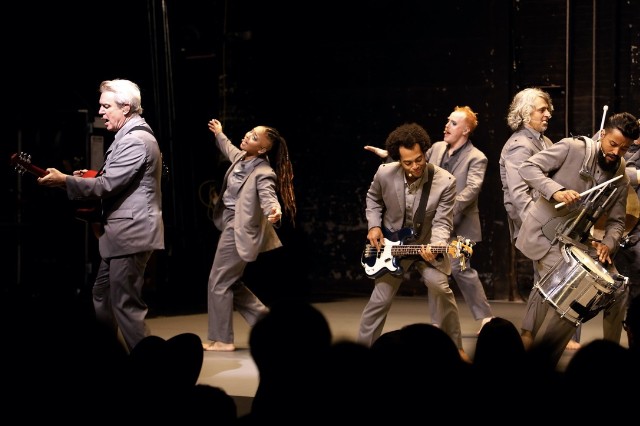 If you missed the once in a lifetime opportunity to see one of the first 121 performances of David Byrne’s concert tour-turned-Broadway hit, American Utopia, you’re in luck. After closing the first run on Sunday, the former Talking Heads frontman announced that the show will be burning down the house for a second run later this year.

The 17-week second run kicks off on Sept. 18 and closes on Jan. 17 of next year, giving fans plenty of time to buy tickets, schedule their trip to the Hudson Theatre, although if the first run is any indication, saving the existential questions until after tickets are purchased may be the best move, as many shows will likely be sold out well in advance.

“It’s become obvious to us in the band, the crew and the producer team that audiences want, dare I say need? To see this show,” Byrne said in the press release announcing the second run. “They’re not ready to have it disappear just yet. We feel the same way, we love doing this show. So, it’s thrilling to us that we can announce that we’ll be back in September.”

Considering that Spike Lee has previously announced his intention to release a film version of the play later this year, it seems like a safe bet that more details (such as a release date) will be announced shortly on that front as well. Certainly, no slippery people nor psycho killers would be surprised for the film opening to coincide with the show’s return to Broadway, and Byrne’s Saturday Night Live performance in two weeks could very well serve as an opportune time for an announcement.

Tickets for the second run of American Utopia are currently on sale through the venue’s website.