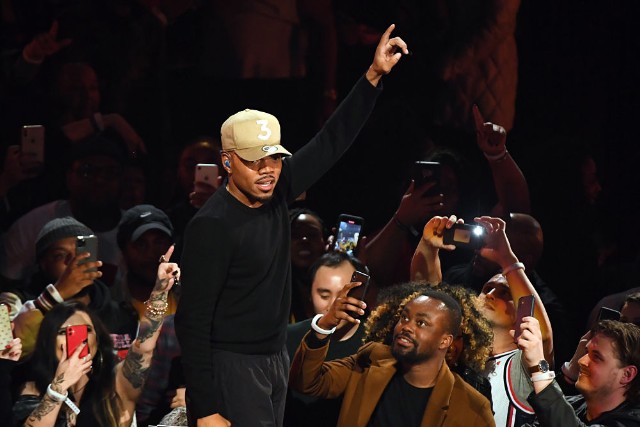 Chance the Rapper had the best of both worlds: he didn’t have to travel far to go to the NBA All-Star Game and was the night’s halftime performer.

Taking place at the United Center in Chicago, Chance was joined by a number of special guests during his five-song set. That included Lil Wayne (“No Problem”), DJ Khaled and Quavo (“I’m the One”), and he was accompanied by a marching band as well. Chance also did a version of Kanye West’s “Ultralight Beam” and paid tribute to Kobe Bryant with a version of “I Was A Rock.”

The NBA honored Bryant before the game with a performance by Jennifer Hudson. Team LeBron and Team Giannis each wore the numbers 2 and 24 respectfully. The Los Angeles Lakers legend died in January in a helicopter crash near Calabasas, California.