The album is out this Friday 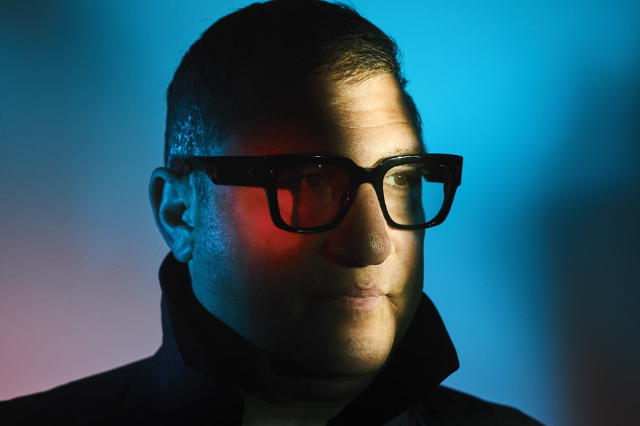 Before they were rock royalty, Nick Cave and Leonard Cohen were artists who could best be classified as “If you know, you know.” That means before they got the deserved love, respect and acclaim that often comes with being able to survive the music industry for more than 30 years, they were those artists only those diehard fans would travel to see, get their lyrics tattooed on them and exclaim in wide disbelief when fans hadn’t heard of their heroes.

You can add Greg Dulli to that group too.

To a devoted legion of supporters, the Afghan Whigs frontman is a rock hero, an elite showman who fronted three of the top albums of the ‘90s — Gentlemen, Black Love and 1965 — and someone who has collaborated with a wide range of musicians including Usher, Dave Grohl and Mark Lanegan.

Dulli’s first proper solo album, Random Desire, is a superb collection that veers from the rocking to the melodic, from the haunting to the introspective and romantic. It is a worthy addition to his catalog, which includes the Whigs, the Twilight Singers, the Gutter Twins and more.

On a recent mid-week afternoon, SPIN met Dulli at Club Tee Gee in Atwater Village (one of the multiple L.A. bars of which Dulli is an investor in). Dressed in a tracksuit and sporting sunglasses, Dulli delivered vintage Dulli — forthright, entertaining and gregarious when he wants to be. He made small talk about Foghat and Ted Nugent before we sat down to talk about the arts of performing and covering a song, his upcoming solo tour and that yes, the Afghan Whigs are an active entity.

Have you always felt like you belonged on stage?
Greg Dulli: I’m very comfortable on a stage. I’m not like that when I’m not on stage. I’m a very different person. Maybe not very, but certainly I allow myself to explore other realms when I’m on stage and become a more exaggerated version of myself. It’s fun. In the right context, it’s magical.

Was there a moment early on where you realized being on stage had that effect on you? A lot of performers have that feeling. Joan Baez once said “The easiest kind of relationship for me is with 10,000 people. The hardest is with one.”
Wow, I can see that. A small crowd, a couple of hundred people, it’s a lot different than if you’re playing to a festival crowd because when you’re playing to a festival crowd it’s kind of not real. It’s like, “Oh, you’re singing to the ocean, and the ocean is made of people.” But when they’re right on you and at your level, it can be daunting. But ultimately the main reason I like to perform is it gives me a chance to act out these songs that came to me walking down the street, hanging out in my house, driving in my car. I spend a lot of time with these songs making them what they are. And when you get to come out and inhabit them with people who are there to watch you do it and experience it and feel it with you that’s like community. And that’s a sense of sharing and belonging that doesn’t happen every day. It’s naturally unnatural.

Are there songs from this record that you are particularly excited to see how fans respond to them?
My favorite songs of mine are never other people’s. That’s what I notice. I remember back when iTunes used to rate your songs like popularity-wise. Whenever it first came along I would look at the list and I would say, “I can’t look at the list anymore. Bummer.” Which is I never get involved with picking singles because I would be wrong. I remember when we turned in Do To The Beast six years ago and they came back and they were like “‘Algiers’ is the single.” And I was like, “‘Algiers,’ really? Weird.” And it might be my most popular song that I’ve ever put out. So that’s how much I know. And that song almost didn’t make the record. So now when people are picking things I’m like, “Yeah, cool, whatever you think will work.”

What would you have picked as a single from Random Desire?
I think “Pantomima” was the right first one. It’s just so relentless, so I think they did a good job. But honestly, to me, there are seven singles and three glue songs and “Marry Me” would be one of the glue songs. But the other seven I’d put them out there and see what happens.

When did you know this would be a solo album?
I knew that by November of 2018. I knew I was going to be doing a solo record cause I knew Patrick [Keeler] was gonna play with the Raconteurs; John Curley went back to college; Jon Skibic and his wife were having a baby and Rick Nelson was overhauling his studio. Everybody had a project so I was like, “I need to do something and if I’m ever gonna do this I should do it right now.”

Are there older songs you are excited to revisit and see how they fit with these new songs?
When I went down to New Orleans to try out the drummer, one of the songs I gave him to learn was “Esta Noche” from Blackberry Belle. And as we were playing it, I realized I haven’t played this song in nine years. So getting back in touch with a lot of that stuff, the Twilight Singers stuff is very dear to me and it will be very well represented in the show. I can assure you that. With the Whigs being an ongoing thing, probably not so much Whigs stuff. Maybe one or two (songs) because we’re also in the process of making a new record as well. I want to keep those things separate. And the reason why I have done these solo tours is to stay connected with the Twilight Singers material, which means a lot to me. And I’m really looking forward to reviving and bringing back to life those songs.

Plus you’re always going to bust out some covers.
There will be some old covers and some new covers. I’ve recorded three new covers, which the first one will appear in April.

Can you give us any preview?
They’re good and they’re weird. Two are sung by women originally and one is sung by an absolute positive legend who I’ve never covered before.

Are there songs or artists you’ve wanted to cover but stylistically it just didn’t work?
The only time I ever covered somebody on a dare was the Barry White song for Beautiful Girls. Ted Demme was like, “I want to see you cover Barry White.” I never thought about that, but we did it and enjoyed it and Barry White liked it too, which was really extra special on top of that. But there was a song I wanted to cover since the ’90s and I tried and tried and tried and could not get it to sound like I wanted to. Then finally one day on my porch in 2001 or 2002 with my acoustic guitar and I figured out how to cover (Nina Simone’s) “Black Is The Color Of My True Love’s Hair.” I had been trying to do it for 10 years and I could not do it. And I absolutely figured it out and I will probably do it on this tour. One of my favorite covers I’ve ever done.

How is this band and record different, to you than other projects you have fronted?
I have a lot of singing on this record, but luckily all of the guys in the group sing. This is probably my best singing band that I’ve put together in a while. And having Joe Arthur in to be one of the singers is going to be extra special.