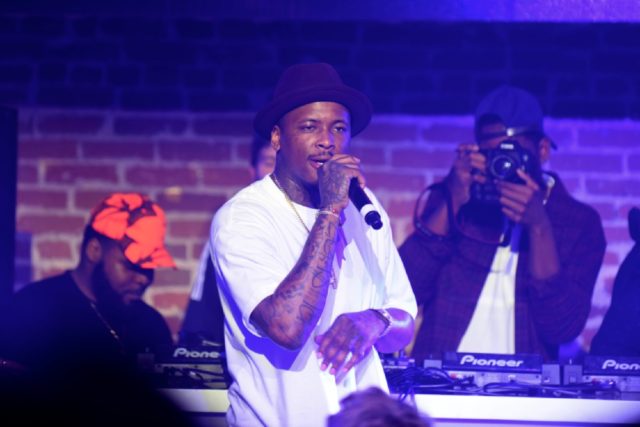 YG (Keenon Jackson) was arrested at his home in Los Angeles on Friday, January 24, on suspicion of robbery, the Associated Press reports. The arrest occurred two days before the rapper’s scheduled performance on Sunday’s Grammy Awards broadcast. YG was set to accompany Meek Mill, John Legend, Roddy Ricch and others in a tribute to the late Nipsey Hussle.

Los Angeles County sheriff’s deputies took YG into custody after serving him with a search warrant early Friday morning. He is currently being held on $250,000 bail at the Men’s Central Jail and is due to be arraigned on Tuesday, January 28. A Los Angeles Sheriff’s Department spokesperson told Rolling Stone that the arrest was related to “an ongoing criminal investigation,” but did not provide further details.

According to TMZ, the rapper has retained high-powered defense lawyer Joe Tacopina.

“This arrest is one that caught YG completely off guard because there is no truth to them,” Tacopina told TMZ. “YG has no idea what investigators are talking about and we have not been provided with any details … we are learning about this case through the media.”

“Rest assured, my client will be cleared of all charges, if they even survive past the arraignment,”  Tacopina added. The lawyer also said that he thinks the timing of the arrest, in relation to the rapper’s Grammys performance “is suspect, to put it mildly.”