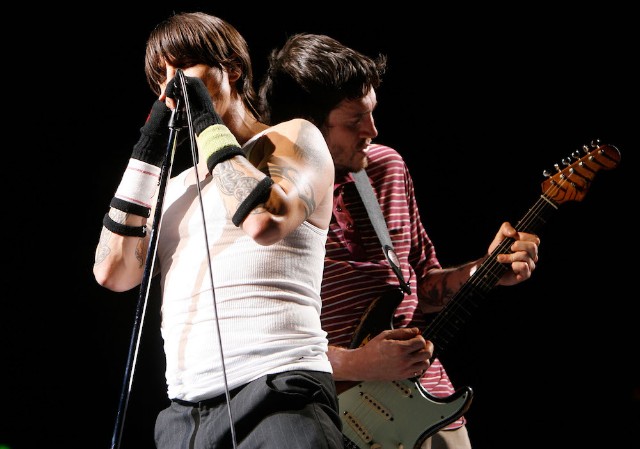 The Red Hot Chili Peppers announced last month that they’d be reuniting with long-running guitarist John Frusciante, but didn’t divulge what the reunion would entail beyond the handful of festival dates that are already on the books for the band in 2020. Now, drummer Chad Smith says there’s a new album coming, too.

In a new interview with Rolling Stone about an upcoming exhibition of Smith’s visual art, the drummer addressed his day job in the Chili Peppers only briefly. “I was given strict orders for this interview: ‘DON’T TALK ABOUT THE BAND,’” he told the magazine. “But, yes, John is back in the band, and everyone knows that. We’re psyched. The festivals are the only shows booked. For now, we’ll mostly be concentrating on new songs and writing a new record. We’re all real excited to make new music.”

Frusciante joined the Chili Peppers in 1988 and first departed in 1992, then rejoined in 1998 and departed again in 2009. Though his tenure in the band has been somewhat scattered, it has included nearly all of their most beloved and successful albums, including 1991’s Blood Sugar Sex Magik and 1999’s Californication. RHCP’s most recent guitarist was Josh Klinghoffer, who joined after Frusciante’s 2009 departure.

Smith did not provide any details about a new album, but even the fact that they’re working on one is big news for RHCP fans. So much for not talking about the band.