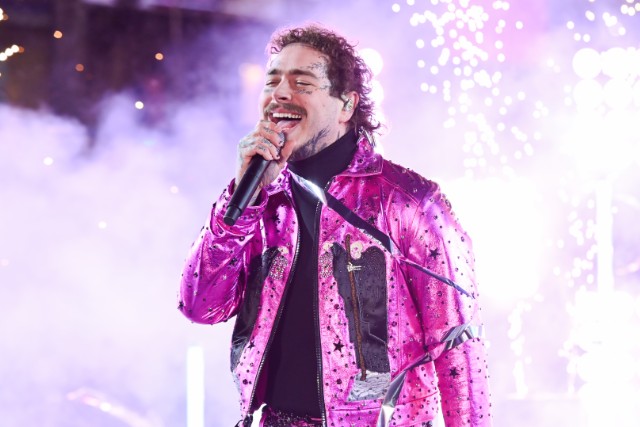 Post Malone was in his element singing “Walk” by Pantera during a recent New York karaoke session, and Beach Fossils caught the moment on video.

In the clip, which the Brooklyn band shared January 2, the rapper can be seen aggressively screaming the lyrics to the metal band’s tune. Joining him was Beach Fossils’ frontman Dustin Payseur.

Posty’s love for heavy metal and Pantera is well documented, including his tattoo of late guitarist Dimebag Darrell.  He’s worked with Ozzy Osbourne, rocked out at Slayer’s final show, and Pantera’s Philip Anselmo even posted a picture with the rapper, calling him a “genuine & genuinely nice kid.”

Post Malone’s karaoke celebration comes after something of a banner year: His third studio album, Hollywood’s Bleeding, debuted in the top spot on the Billboard 200 albums chart after dropping in September. It’s since spent 17 weeks on the chart, and landed at No. 9 on Billboard’s list of the best-performing albums of the year. Posty’s 2018 album Beerbongs & Bentleys also made an appearance on the list, at No. 5. “Sunflower,” his Spiderman collaboration with Swae Lee, wound up in the No. 2 spot on Billboard’s year-end list of Hot 100 songs, and, as of January 6, his single “Circles” remains in the No. 1 spot on the weekly Hot 100.

The rapper also closed out 2019 with a performance at New Year’s Rockin’ Eve.