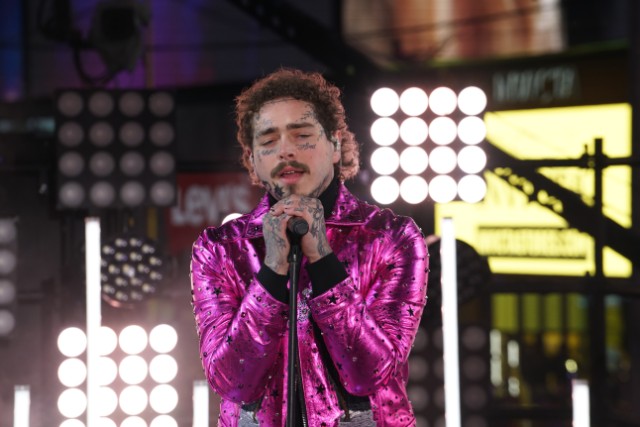 In addition to his live show, Malone also hung out in front of the cameras with New Year’s Rockin’ Eve host Seacrest and the boys of K-pop sensation BTS.

Watch Post Malone help ring in 2020 in Times Square at Dick Clark’s New Year’s Rockin’ Eve in the videos below.