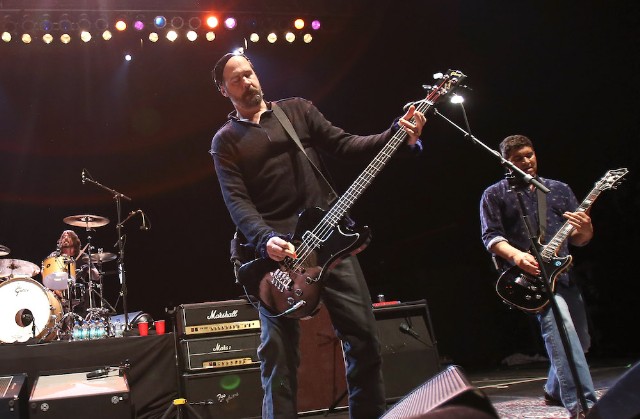 Dave Grohl will be joined by his surviving Nirvana bandmates Krist Novoselic and Pat Smear for a one-off live performance under the banner of Dave Grohl & Friends. The performance takes place on January 4 in Los Angeles, at a benefit gala for the Art of Elysium, an arts nonprofit.

The gala, called Heaven, had previously announced Dave Grohl & Friends as one of its headliners—alongside Cheap Trick, Marylin Manson, and L7—before revealing on Thursday that the Foo Fighters leader would be accompanied by his former Nirvana bandmates. In addition to Novoselic on bass and Smear on guitar, Dave Grohl & Friends will include appearances from Beck, St. Vincent, and Violet Grohl, Grohl’s daughter.

Novoselic was the bassist of Nirvana from the band’s founding in 1987 until Kurt Cobain’s death in 1994. Smear joined the live lineup on guitar and backing vocals in 1993, and is also a member of Foo Fighters. Grohl, Novoselic, and Smear have reunited onstage several times over the last five years, beginning with a performance after the Rock and Roll Hall of Fame induction ceremony in 2014, and most recently at Cal Jam 2018.

Tickets to Heaven, which start at $250, are available here.