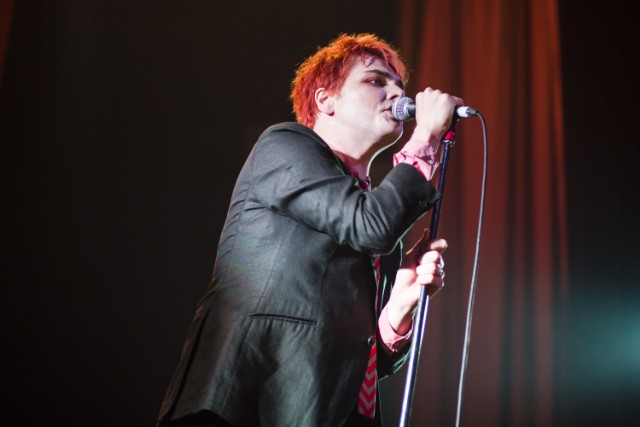 Last month, My Chemical Romance reunited to play their first concert in seven years and now, the band is apparently gearing up to perform at least one more reunion show. On Sunday (January 19), the band unveiled a cryptic video featuring haunting new music from the group.

Titled “An Offering…,” the roughly-two-minute clip follows a group of three grim reaper figures as they walk through the woods before kneeling before coming to a clearing with a pentagram. The largely instrumental audio builds around an equally-haunting guitar riff, as orchestral strings, electric guitar tremolos, and menacing feedback each weave their way into the mix. Around the 1:37 mark, a low vocal chant emerges to finish out the track.

The video also hints at what appears to be another MCR reunion show and their first in the U.K. since reuniting. The close of the video features a caption reading:

My Chemical Romance officially broke up in 2013, releasing four albums across their 12-year run. After months of speculation, the band finally announced their reunion in October 2019, which has included one unforgettable performance in Los Angeles, with multiple dates in Australia, New Zealand, and Japan scheduled for 2020.

Watch the band’s new teaser video below and revisit our live review of their first reunion show in Los Angeles this past December.

My Chemical Romance Reuniting For First Show Since 2012