In the epic cowboy novel Lonesome Dove, the hooves of author Larry McMurtry’s cattle on a long drive across the Great Plains somehow never cross the tracks of the newly laid Union Pacific—a fact that didn’t get past Motörhead.

When not playing their ferocious brand of heavy metal hardcore, Motörhead relax by dressing up like the Kingston Trio and playing folk songs.

Rescue workers, sifting through the rubble of the tragic earthquake that devastated Mexico City, discovered a teenager sitting on what was once his bedroom floor listening to Motörhead on his Walkman.

Sitting on the bus was a young man born without ears. That part of his head showed no trace of ever having been ears. There weren’t even openings. The young man, however, was able to listen to Motörhead on headphones inserted in each nostril. 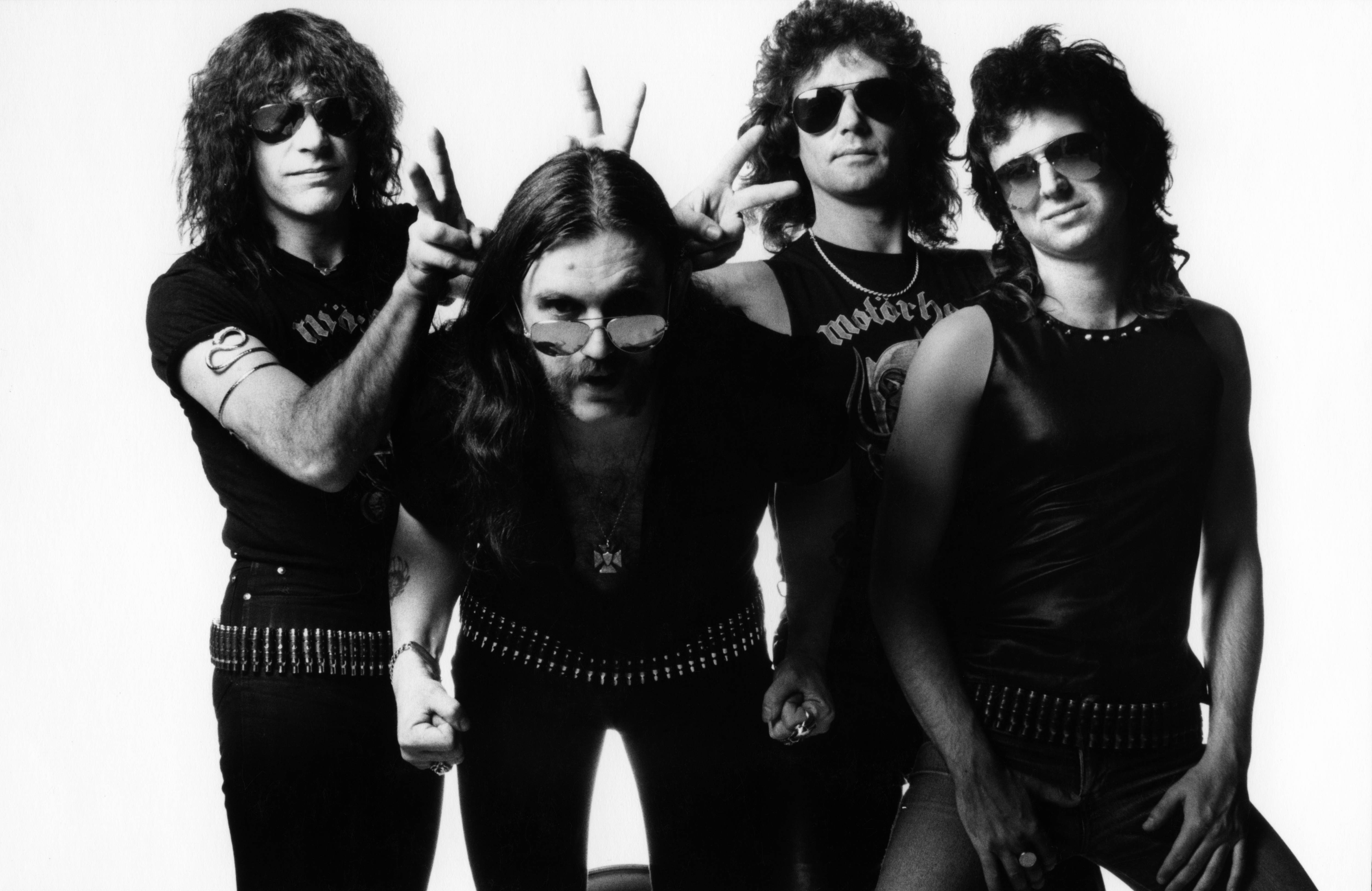 The Indians of Columbia, Bolivia, and Peru stop their toilsome journey up the Andes every hour for one reason only—to sing another verse of “Ace of Spades.”

If you listen to No Remorse, a double-Motorheader LP, through the same headphones long enough, the headphones will become welded to your ears.

Motörhead’s favorite criticism of themselves are “You’re a moron if you wear a leather jacket and long hair”; “The music’s too loud”; and “All the numbers sound the same.”

Damage to Cleveland’s Variety Theatre was apparently caused by the excessive volume of a Motörhead concert. Motörhead was measured at 130 dbs—10 dis louder than the concert that got the Who into the Guinness Book of World Records as “the world’s loudest band.”

The Indians have no measurement of time and space. They measure everything by the length of time it takes for Motörhead to release a new record.

Only two out of five Motörhead fans of junior high school age can recall the words to the Pledge of Allegiance.
Motörhead has a favorite Bach cantata, but can’t remember which number it is. The only numbers Motörhead can remember are girls’ phone numbers.

If Motörhead found themselves in power as the result of a revolution, the first people they would call onto the carpet would be Lou Reed (for glorifying heroin for so many years), William Burroughs (for the same reason), Boy George (for generally messing up a lot of kids’ minds), and anyone else who has used their influence carelessly.

Motörhead bassist Lemmy Kilmister became lead singer because, since he wrote the songs, he was the one most likely to remember the lyrics.

Words to Motörhead songs come to Lemmy in dreams the night before he writes them.

Motörhead drummer Philthy Animal Taylor‘s cymbals sound like a million ants with taps on their feet running around a metal picnic table.

Phil’s tom-toms sound like a heard of brontosauri galloping across a drum the size of Wyoming.

In a scientific study, plants exposed to Fast Eddie Clarke’s guitar either grew to Jack-in-the-beanstalk size or grew back into the ground and died.

Before Fast Eddie was a big star, he was a young word processor who went to Soho on a date and found himself trapped in a nightmare world.

More livestock attend Motörhead concerts than any other band’s. Timid animals run to the other side of the field. Rams, rats, wolves, and coyotes are Motörhead’s staunchest fans. Bears are more into Joni Mitchell. Armadillos are into ZZ Top. Lemmy had a hamster once, but his dog ate it. 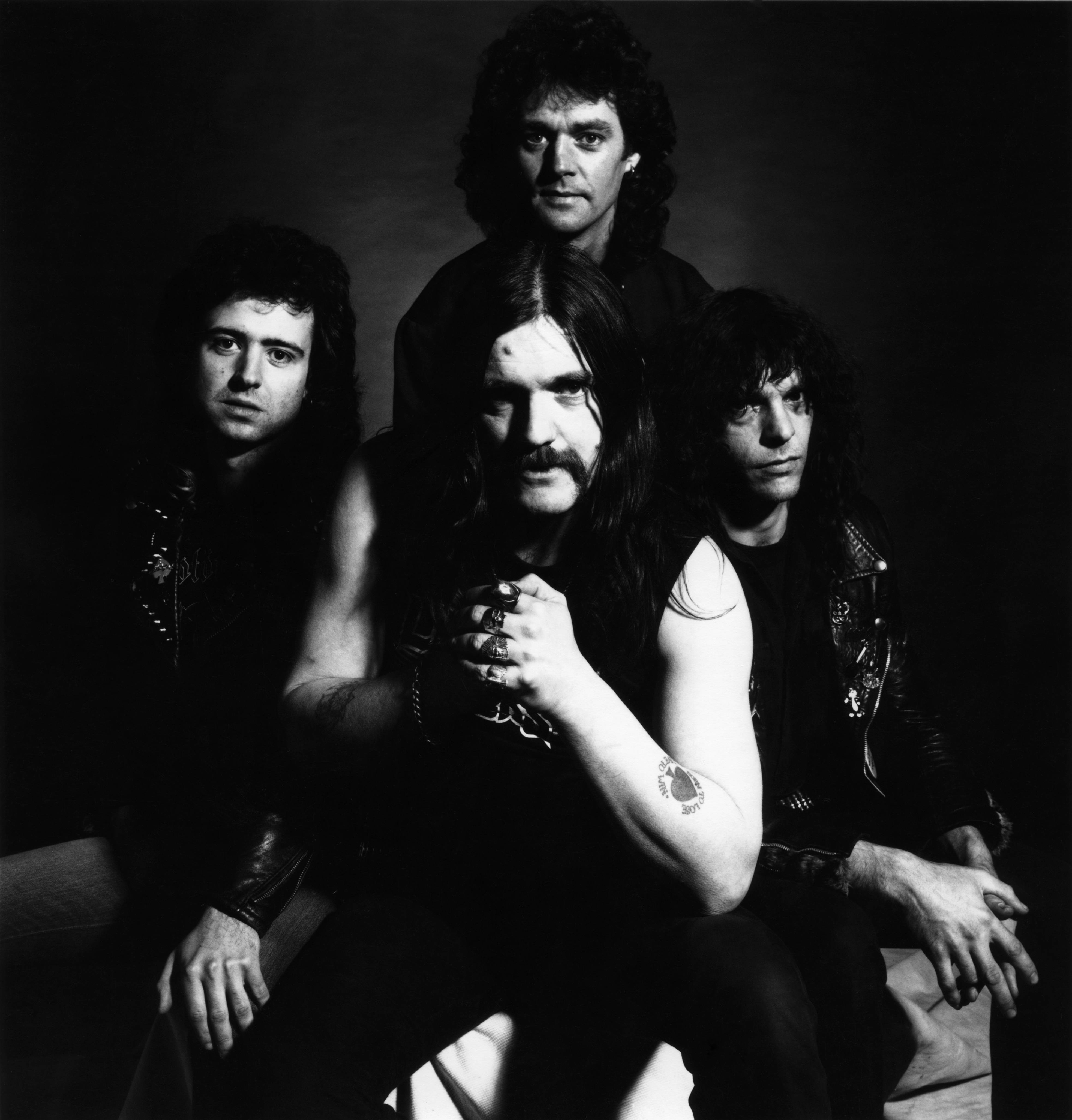 Of all the great battles in history, Lemmy would like to have fought with the Russians at Kursk, the greatest tank battle in history until the Six Day War. At Kursk the Germans lost 600 tanks on the first day. “It was the turning point,” says Lemmy. “If Hitler could have won that battle, he would have had Russia, but the Russians held him, then ran over him.”

Although IBM is a wise investment, Lemmy would prefer to have Smirnoff Vodka in his stock portfolio. Then he could get some of his own money back.

Lemmy’s three favorite pieces of heavy metal are a 1945 Mark Royal Tiger tank, a mile-long Russian bulldozer with wheels as high as the cab, and the Titanic. “The Titanic,” says Lemmy, “was heavy enough to sink.”

A Night to Remember by Walter Lord is one book Lemmy can’t put down. Goodbye Mickey Mouse by Len Deighton is another.

Motörhead’s favorite book is the Gideon Bible. Lemmy is guilty of loitering and indecent exposure. He never got married, so they can’t pin bigamy on him. On a number of occasions, he’s been guilty of corrupting the morals of a minor, but he never took one across a state line.

The one sport Lemmy wishes he were better at is demolition derby, especially the event where a car’s parked in the middle of the raceway with a ramp 50 feet in back, and you drive your car up the ramp and try to land with the nose of your car in the front seat of the parked one, but Lemmy doesn’t drive.

The monster Lemmy would most like to play is The Thing.

If Lemmy could be linked with any of the world’s great beauties, it would be with Princess Di. He’d like to be seen with her in the highest tower of Windsor Castle, saying “Na, na, na-na, na,” or on the balcony of the White House or back at his place.

Lemmy denies having been spotted with Morgan Fairchild at the opera in London a month ago. “I hate opera,” he explained. “I hate three fat people singing at me in Italian. I saw one on the telly where there was a guy in a shop singing to someone about sausages.” 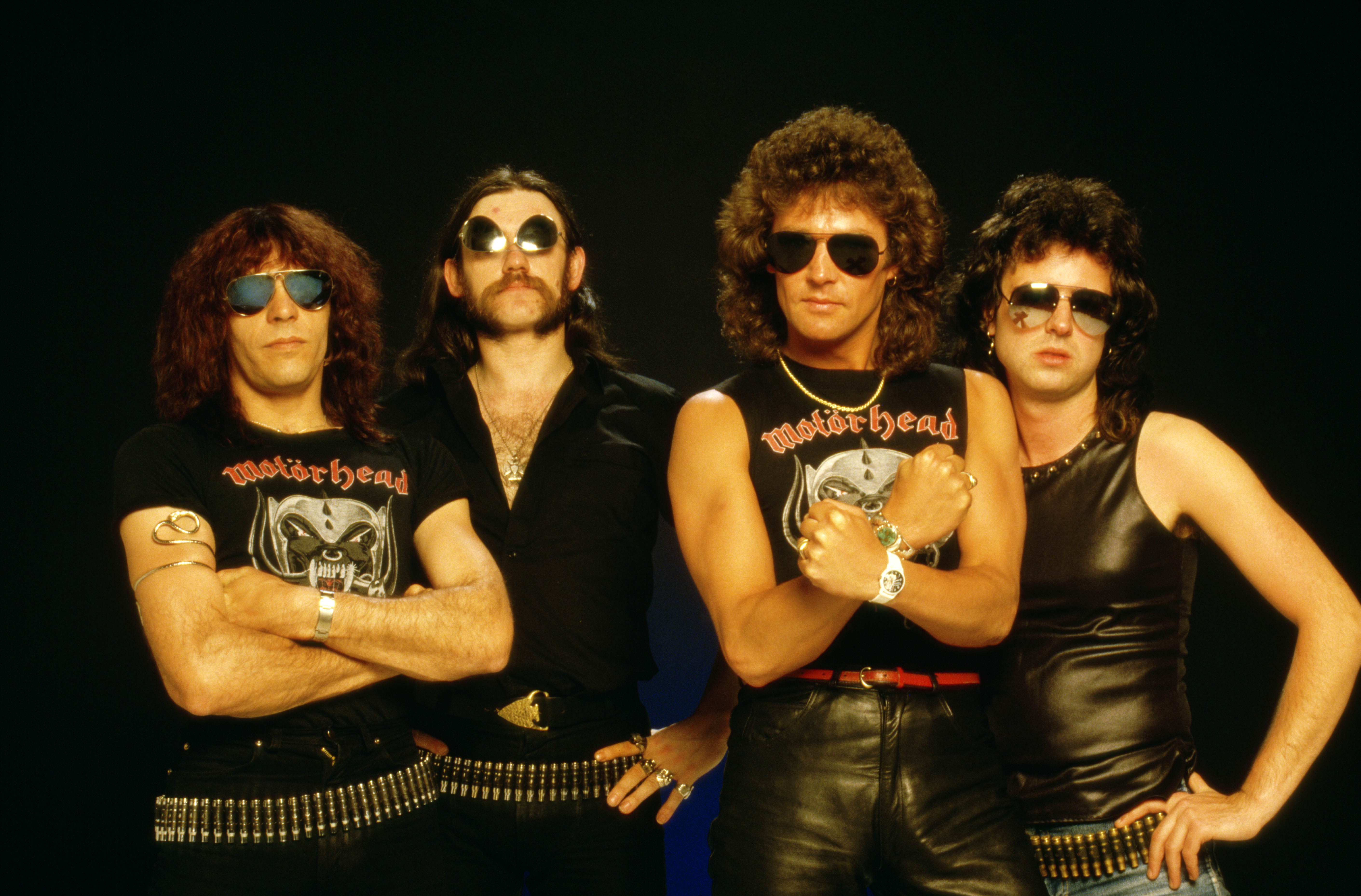 When Lemmy’s house was burglarized, the police sealed off his collection of skulls—skull candles, skull ashtrays—to take fingerprints, but while they had it sealed off, two more people broke in and stole everything, including a dagger collection. His chestnut collection is one of the most remarkable in the world.

If you want Lemmy to like you, just go up and talk to him. Lemmy will do the rest. If you don’t talk to him, he might not be able to decide whether you’re a girl or not.

If Lemmy doesn’t have good news to bring, he doesn’t bring any. That’s why, when it’s time to break up with a girl, Lemmy just doesn’t show up. He never arranges to. That, says Lemmy, is the kindest thing, because you can’t sit and discuss how one of you is going to be sad now.