Jello Biafra is the lead singer of the Dead Kennedys, the most important hardcore band—and one of the smartest. The band also consists of East Bay Ray (guitar), Klaus Fluoride (bass), and D. H. Peligro (drums). In addition to numerous irreverent singles and appearances on compilation albums, the Des have released three records: the LP, Fresh Fruit for Rotting Vegetables (1980); an EP, In God We Trust (1981); their second album, Plastic Surgery Disasters (1982); and most recently, their long-awaited third LP, Frankenchrist.

Jello, who probably best sums up the hardcore attitude, addresses the following:

We made $5 the first time we played. That was in ’78. We were able to live off the band after about a year and three months or so. We had to be skilled at living cheap—better than working in a office all day and tending to the band every once in a while at night. 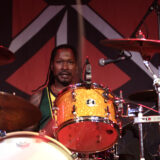 We were a minor trend waiting to happen. In 1980 when we were approached by several tables about signing, we said, ‘Well, money isn’t that important, but we want our artistic control.’ And their replay was, ‘Of course you can have artistic control, as long as you change your name.’ So much for artistic control! 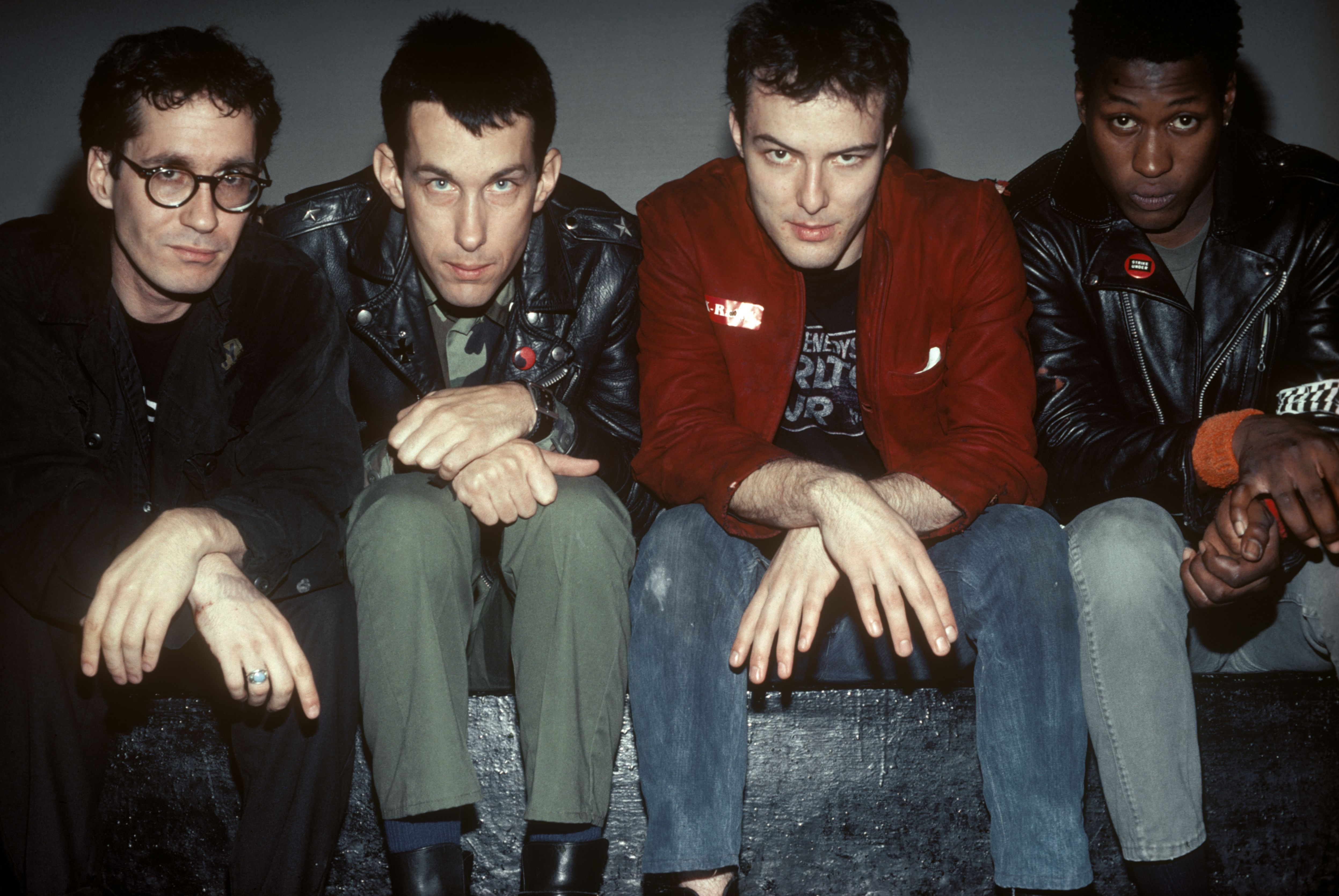 We’ve had quite a string of bad luck with people ripping us off. So we had to rebuild ourselves from scratch and rebuild our record company [Alternative Tentacles] from the ground up totally independently, with no outside backers, no so-called manufacturing and distribution deals.

Our impact so far has been mainly cultural instead of political, but I think the thing that means the most to me is when we inspire people to go off and do something on their own instead of being a spectator: ‘Now I’m reagent something, too.’

But what keeps throwing us back is so much backbiting and gossiping and lying going on; even among the counterculture everybody either wants to be worshipped or be king of the hill. I’m seriously beginning to question whether I’ve met an honest person in my life.

One of the main focal points of Frankenchrist is if we are going to rise above the need for cops and laws, we can quit using the old American work ethic of seeing how much you can get away with and how much you can scam and who cares whose back you stab or what you do to get it as long as you get it.

Fall of the Empire

I think what we are witnessing in this country is the slow but inevitable fall of an empire that got too comfortable. In other words, when people are so interested in feathering their own nests and scamming on everybody else or being as macho as the person on the TV or movie screen and not caring about other human beings, of course things are going to start to crumble and collapse around them—just like it did with Rome or Britain or Egypt or the Aztecs.

The reason why the Dead Kennedys have been able to survive for so long is that we’re more realistic about how commercially successful we’re going to be or what we’d have to sacrifice to get there. We’ve learned to budget our income so we don’t have to get straight jobs. 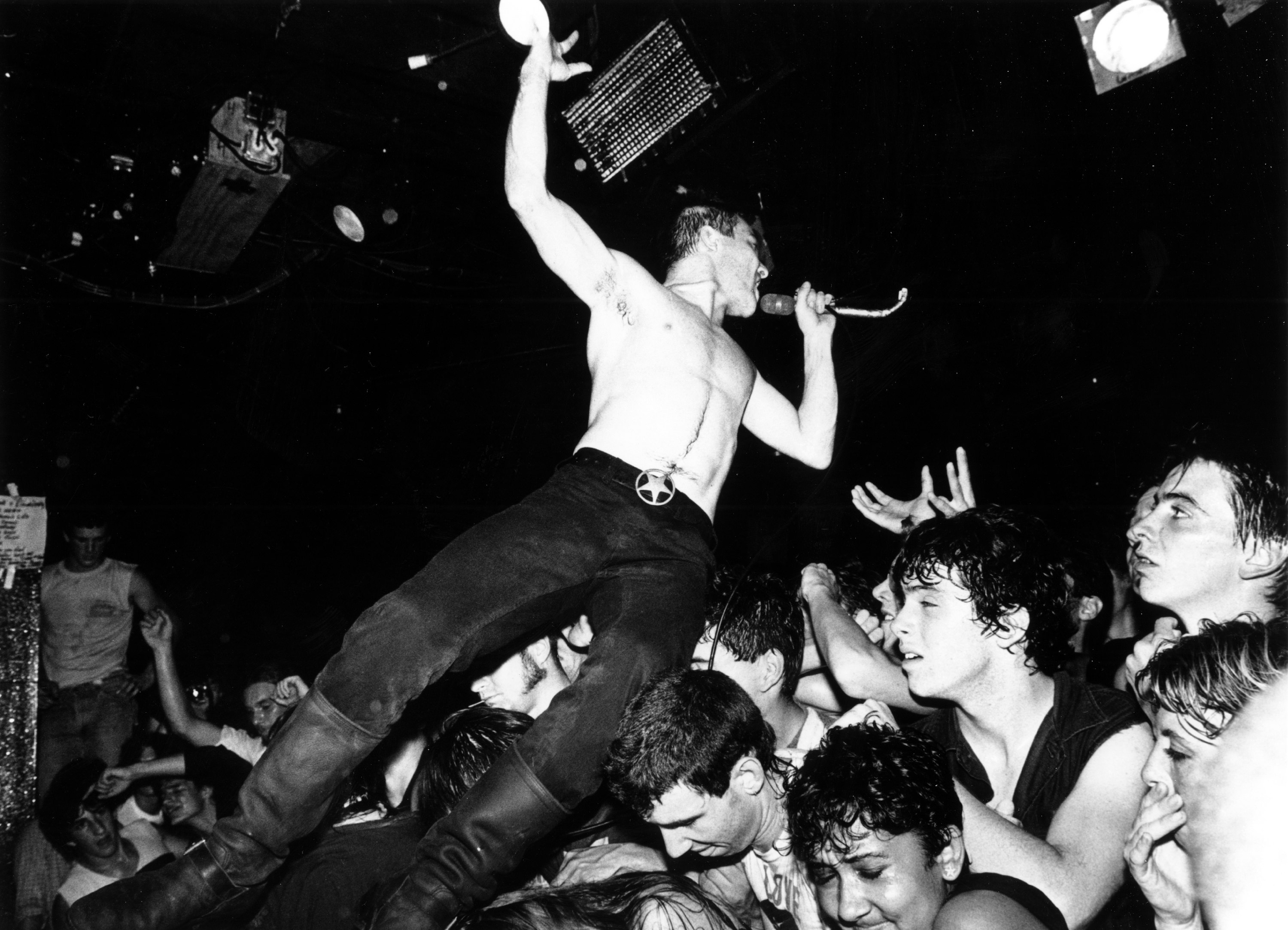 The purpose of schools in America is not for people to learn anything, it’s to make them obedient, trained animals for a more efficient work force. In other words, don’t read that book until your penmanship is good. The reason P.E. is pushed so much is because they want people to obey quasi-drill-sergeant-like orders without asking questions as opposed to thinking on their own.

That mentality tends to follow a lot of people out of school and especially into the business world. One thing it sustains is the psychiatric industry, when people freak out later on, wondering what they’ve done with their lives and why they have no soul. Maybe part of the solution to this—if there must be schools—is a little more emphasis on art and literature and theater and not so much emphasis on sports. I think all organized school athletics should be abolished.

We have a song, ‘MTV Get Off the Air.’ MTV is the worst thing to happen to music since Saturday Night Fever. It’s bringing back every stupid cliché, sexism, racism. For example, word has it they wouldn’t play anything by anybody unless their skin was white until CBS threatened to yank all their other videos off the air unless they played Michael Jackson. The Rick James suit didn’t hurt either, I’m sure.

The crux of MTV was stated by one of the guys running it in an interview in the Sunday Chronicle-Examiner. When he was asked why there wasn’t any black music on MTV, his anger was, ‘We don’t want to cater to fringe groups.’ And the color of a person’s skin determines whether or not they are a fringe group. That kind of attitude is just the glitzy neon version of trying to bring back the Eisenhower era.

Part of the line in ‘MTV Get Off the Air’ is when the DJ says, ‘Don’t create, be sedate.’ That’s what they’re pushing: don’t think, consume! Don’t go outside and see what our country’s like. Sit inside and watch television. They’ve finally figured out a way to get people to watch television commercials 24 hours a day!

Democracy is for those who can buy it, which is one of the themes of a lot of our past recordings—as well as the pitfalls of mental corruptions and using the American Dream as a blindfold when you only hang yourself with the flag in the end.

I think on of the themes of the new record is: if this really is the case, we live in a false democracy that is actually a velvet-gloved dictatorship run by business, more like a feudalistic system than a capitalist system. In other words, the people in the boardrooms and the banks and the multinational corporations are the barons and lords, and every time we buy food we are their serfs.

But what can we do to at least slowly try to change that by not becoming part of it? The first key is not to become part of it, and hang onto one’s self-respect, which is not really a Me Generation thing at all, ’cause the Me Generation involves greed, and you can’t have self-respect and rip everyone off at the same time. 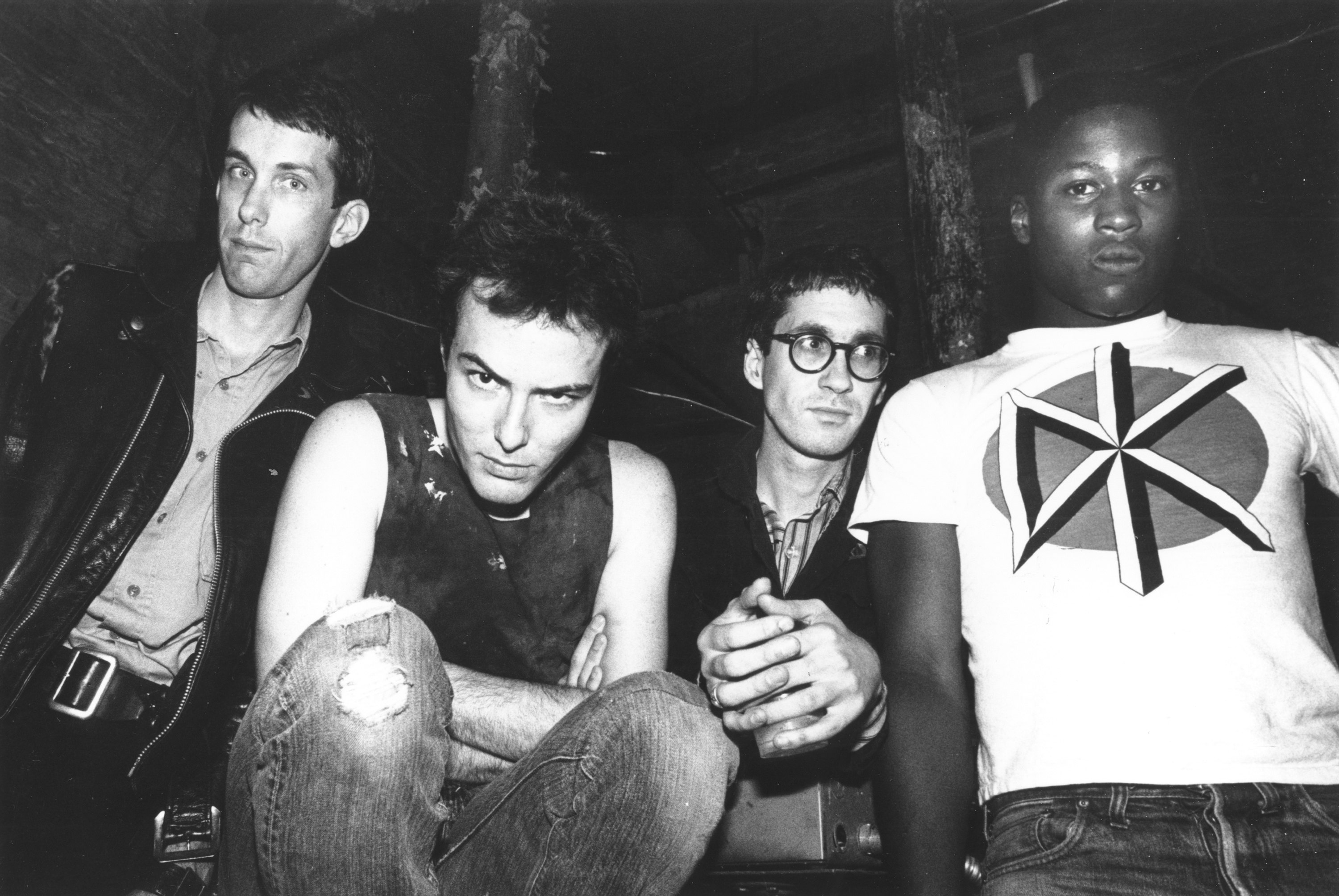 There are a few more people waking up, but the majority is still either caught up in macho hang-ups among the youth or they’re just simply interested in building a wall around themselves so they can have their own piece of the rock. The Yuppies have now become not just mellow, but militantly mellow.

Man is still a predatory animal, and we’re only kidding ourselves if we think we’re the pinnacle of evolution and civilization.

Dare to Laugh, Dare to Win

I think it’s important for anybody trying to change anything, especially themselves, to keep their sense of humor and not turn it into that grim monastic ritual known as ‘The Struggle,’ which is usually an excuse for people who hate their own guts to try and get people around them to hate their own guts for the same reason. If I wasn’t able to laugh about some aspects of the things that deeply disturb me, I would have killed myself when I was 17.

We treasure all hate mail; I’ve saved every bit of it. The personal letters to me number about 10 to 30 a week. It’s always easier to answer a stack of mail than finish a new song that’s been giving me trouble.