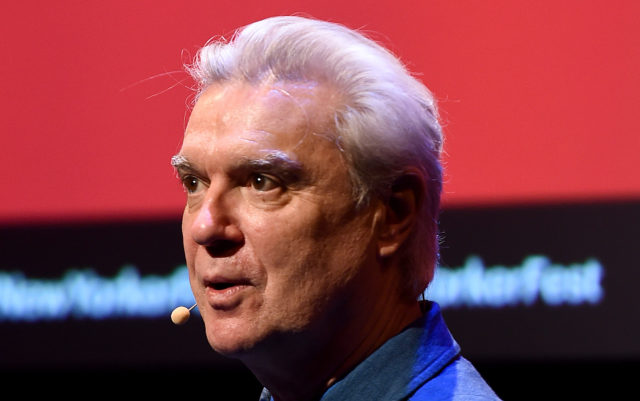 David Byrne’s latest concert series, American Utopia, opened on Broadway in October, and now, three months after its debut, the songwriter is ready to open up. The former Talking Heads frontman sat down with CBS Sunday Morning to discuss the elaborate stage production, as well as his decision to finally obtain U.S. citizenship status after six decades of life in North America. (Byrne was born in Dumbarton, West Dunbartonshire, Scotland and immigrated to the United States when he was 8 years old)

Asked why he became a U.S. citizen in 2012, Byrne said it’s “because [he] was busted” at a polling location. “I firmly believed that green card holders could vote in elections as long as they didn’t voter president,” he said. “And I did it! I did it for many years. See? They were right. There’s a lot of voter fraud!”

Elsewhere in the interview, Byrne discussed his last days with Talking Heads, and how his controlling tendencies ultimately led to the band’s breakup. “You’re really tight. You’re friends and making a living together and all that,” he said. “It’s really high pressure. In certain ways, it’s just never gonna last.”

American Utopia is based on Byrne’s 2018 album of the same name and runs until February 16, 2020. In August, the vocalist launched a new online magazine called Reasons to be Cheerful, which is dedicated to “[balancing] out some of the amplified negativity and [showing] that things might not be as bad as we think,” as he put it at the time.

Watch video footage of his appearance on CBS Sunday Morning below and revisit our 1985 cover story on the landmark band here.