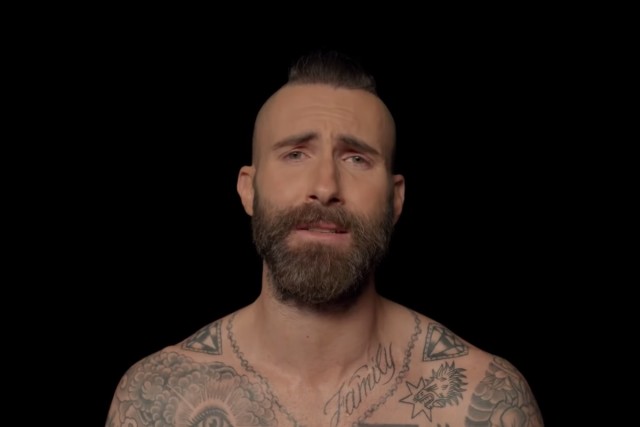 Good music can brighten even the most terrible times, and many artists did so this year: You can read about our favorite albums of 2019 here and favorite songs here. But this is list is not about good music. This list is about the wretched, the disposable, the lazy—the music that comes on and makes the bad times worse.

Say what you will about the quality of Ed Sheeran’s No. 6 Collaborations Project, but it offers an unusually unfettered look at the piles of generically trendy leftovers that a pop singer can compile between album cycles with an unchecked budget and incoherent vision. In this sense, “Remember the Name” stands out. No star in their right mind is making the type of Jason Mraz-core bonfire guitar rap that Sheeran loved in his pre-Grammy days, so there’s something pure in his unfortunate insistence on it here.

Over a knockoff “Next Episode” melody played on tinny acoustic guitar, Sheeran calls out haters with lines that prove them right: “I never was a sick kid, always dismissed quick / ‘Stick to singin’, stop rappin’ like it’s Christmas.’” Eminem continues his search for the world’s most tortured metaphor: “If rap was skinny jeans, I couldn’t do anything in ‘em / I’d be splittin’ seams of demin when I’m spittin’ schemes.” 50 Cent understands there’s no use trying. Sometimes it’s nice to remember an A-lister’s roots. Not in this case. –TOSTEN BURKS

It is a songwriting truism that Johann Pachelbel’s Canon in D, a simple but indelible piece of Baroque-era chamber music, is regularly and shamelessly ripped off by contemporary pop musicians. That’s not quite as true as the many internet lists and YouTube videos devoted to the subject would have you believe: Plenty of songs tagged as Canon copies swap a new chord or two into his famous progression, or use only the first few chords before departing in a different direction. Only the truly brazen—‘90s one-hit wonder Vitamin C, to name one—are willing to pilfer all eight chords of the Canon sequence, in order, without changing anything.

No one can accuse Adam Levine of lacking brazenness. Maroon 5’s sparse and saccharine hit “Memories” consists of the eight Canon chords and very little else, with Levine spinning cliches about bygone better days atop a plinking keyboard and some vinyl noise, piped in to remind you that this song is supposed to be nostalgic. And in the sense that nostalgia dooms flatten our complex real feelings into simple banalities as we ceaselessly repeat the past, it is.

Like a slick chain restaurant, “Memories” is instantly familiar. The vocal melody that opens the verse cops clearly from Pachelbel’s string line. A later section reminds us that “everybody hurts sometimes,” but “everything’s gon’ be alright,” managing within the space of a few lines to crib lazily from two different ubiquitous no-brainer songs, both of which are flush with the sort of magisterial wistfulness that Maroon 5 are trying and failing to summon here. (One of those songs even contains a few of Pachelbel’s chords itself.) The worst part about it is that it works, inspiring involuntary fits of choked-up sentimentality thanks to years of Pavlovian associations with these sounds. “Memories” is a replica of a replica of a replica, sticky with the residue of borrowed emotion but hollow of anything resembling its own—not so much a Pachelbel ripoff as a two-bit remake of “Graduation Song.” —ANDY CUSH

Since around the time of Kanye West’s 2016 album The Life of Pablo, the once-in-a-generation superstar has abandoned nearly all of the goodwill he’d built up over the previous decade to focus on … what, exactly? He defended Bill Cosby, and visited Donald Trump at the White House, but more importantly, the music he’s released during this period has been lifeless and hollow, void of both the lucid ambition of his early career and the complex depictions of fame of the early 2010s. His new fatherhood and renewed interest in Christianity seemed to energize him in his personal life over the last few years, but the resulting album—October’s Jesus Is King—doesn’t reflect that spark.

The album’s fourth track, “Closed On Sunday,” might be the most forgettable Kanye West song to date if not for the sheer inescapability of one line: “Closed on Sunday, you’re my Chick-fil-A.” Chanted over and over and over again, the words meld so many aspects of the rapper’s current-day identity—sloganeering narcissist, increasingly conservative Christian, musician who values branding and entrepreneurship above music—into a single structure eclipsing any last hope for thoughtful songwriting.

The beat rises higher but the emotional payoff never comes, as a stream of vaguely spiritual one-liners are thrown against the wall without sticking. The contours are there, but the content is little more than a collection of West’s worst impulses. Smug and self-satisfied, as on the rest of Jesus Is King, he seems to be operating on the assumption that a Christian album is an interesting and worthy enough gambit in itself, and the songs needn’t do anything to challenge or move the listener beyond that initial premise. From an artist who once invented new styles with every track, “Closed on Sunday”’s greatest sin is that it does exactly what you expect it to. —ROB ARCAND

I heard “Freaky Friday”—the song in which Lil Dicky is Chris Brown, and Chris Brown is Lil Dicky—and I thought it couldn’t get any worse. And then out of nowhere came “Earth,” an aggravating posse cut that ditched the whole suburban dweeb schtick for what appeared to be a genuine plea to save the trees; Chris Brown was gone, but now here was Lil Jon, pretending to be a clam. You get the sense that Dicky thinks of the song as a sort of update on “We Are the World,” though the one-line cameos from Justin Bieber, Ariana Grande, Halsey, Brendon Urie, Katy Perry, Wiz Khalifa, Snoop Dogg, Adam Levine, Shawn Mendes, and more are impressive more for logistical reasons than musical ones. “How’s it going I’m a cow / You drink milk from my tits,” exclaims Zac Brown, at one point.

Eventually, the animal celebrities cede the floor to Dicky, who gestures wildly toward an apocalypse he doesn’t seem to understand. Here’s a choice cut: “All these shootings, pollution, we under attack on ourselves / Like let’s all just chill, respect what we built / Like look at the internet! It’s cracking as hell.” The world is on fire, but at least we have the internet. Why didn’t I think of that?  —WILL GOTTSEGEN

Every holiday season, we can look forward to relitigating the sexual politics of “Baby It’s Cold Outside,” the 1944 duet that has found eternal life as a Christmas standard. Which is fair: The sultry call-and-response lyrics between male and female vocalists certainly suggest that the guy is pressing the woman hard into doing something she doesn’t want to do, and the “Say, what’s in this drink?” line does not help. Whether the song is a depiction of sexual coercion or simply of two people trying to reconcile their mutual desire with the repressive sexual mores of the era is unlikely to be settled anytime soon.

One thing we can agree on is that we didn’t need an updated version with revised lyrics recorded by John Legend and Kelly Clarkson. Recording a song about the importance of consent is a worthy endeavor, but the new version misses the mark, especially when Legend sings “it’s your body and your choice” in response to Clarkson’s query about whether to have another drink. Instead of cramming a new premise into an old song, trying to make it into something it’s not, maybe they should have just written a new one. —MAGGIE SEROTA

Everything We Know About Kanye West’s Jesus Is King