In the waning hours of the decade, Damon Lindelof‘s reimagining of Watchmen established itself as one of TV’s cleverest dramas—a perfect storm of incisive cultural commentary and puzzle-box screenwriting that managed to upend its source material without disrespecting it. It also worked as a sort of exercise in overcorrection: after the open-ended clusterfuck that was Lost, and the rigorously postmodern ambiguity of The Leftovers, the narrative strands of Watchmen turned out relatively pat, as Lindelof opted for clean, linear resolution in nearly every aspect of the show.

In the first episode of an official companion podcast to the show, Lindelof promised that all lingering questions about the show’s complex narrative would be “answered very, very definitively” by the end of the season. With the airing of the finale last night, that claim appears to have held up. The mysteries have been solved, and the timelines joined. Chekhov’s gun has been fired; all of the show’s conspicuously planted eggs have been cracked, or swallowed. There is a sliver of ambiguity in the final shot, which provides a perfect hook for a potential second season. (Lindelof has said he sees this season as a “complete story,” though, nothing ever ends, right?). But with the possible exceptions of Lube Man (and Nite Owl II), every character had their story tied up in a bow. This isn’t a complaint as much as an observation; I loved the show, and I’m curious to see whether or not Lindelof decides to return for another round.

If there was a casualty of this overarching commitment to narrative clarity, it was in the music supervision, which was, uh, a little on-the-nose. A character named Judd dies in the state of Oklahoma, and “Poor Jud Is Dead” (from the musical Oklahoma!) plays; the moon shows up on screen, and it’s “Claire de Lune”; in the episode that finally uncovers the mystery of Dr. Manhattan (a blue guy), we get “Rhapsody in Blue,” “The Blue Danube,” and “Mr. Blue.” The logic was consistent throughout the show—a revelation about Mars gave us a low-key rework of Bowie’s “Life on Mars?,” and so on. Music supervisor Liza Richardson took a slightly gentler tack to the choice of music in the finale, but still threw in another Oklahoma! classic in the wake of a certain climactic scene.

It’s ironic, given the quality of Trent Reznor and Atticus Ross‘ enigmatic original score, and Richardson’s less obvious choices (see episode 6), that the series is peppered with needle drops that essentially work as gags, or as narrative clues. But it’s not entirely surprising, since these sorts of uncomfortably meta musical moments were a key feature of Alan Moore’s original comics, too. One example: lyrics from Elvis Costello’s “The Comedians” call up the specter of The Comedian, whose death in the opening panels of the first issue kicks off the narrative. And “Walkin’ on the Moon,” by The Police, aligns with Dr. Manhattan’s off-world adventures. It would seem that Richardson and Lindelof are explicitly referencing that logic, wherein intangible plot points and emotions are externalized and literalized via music. 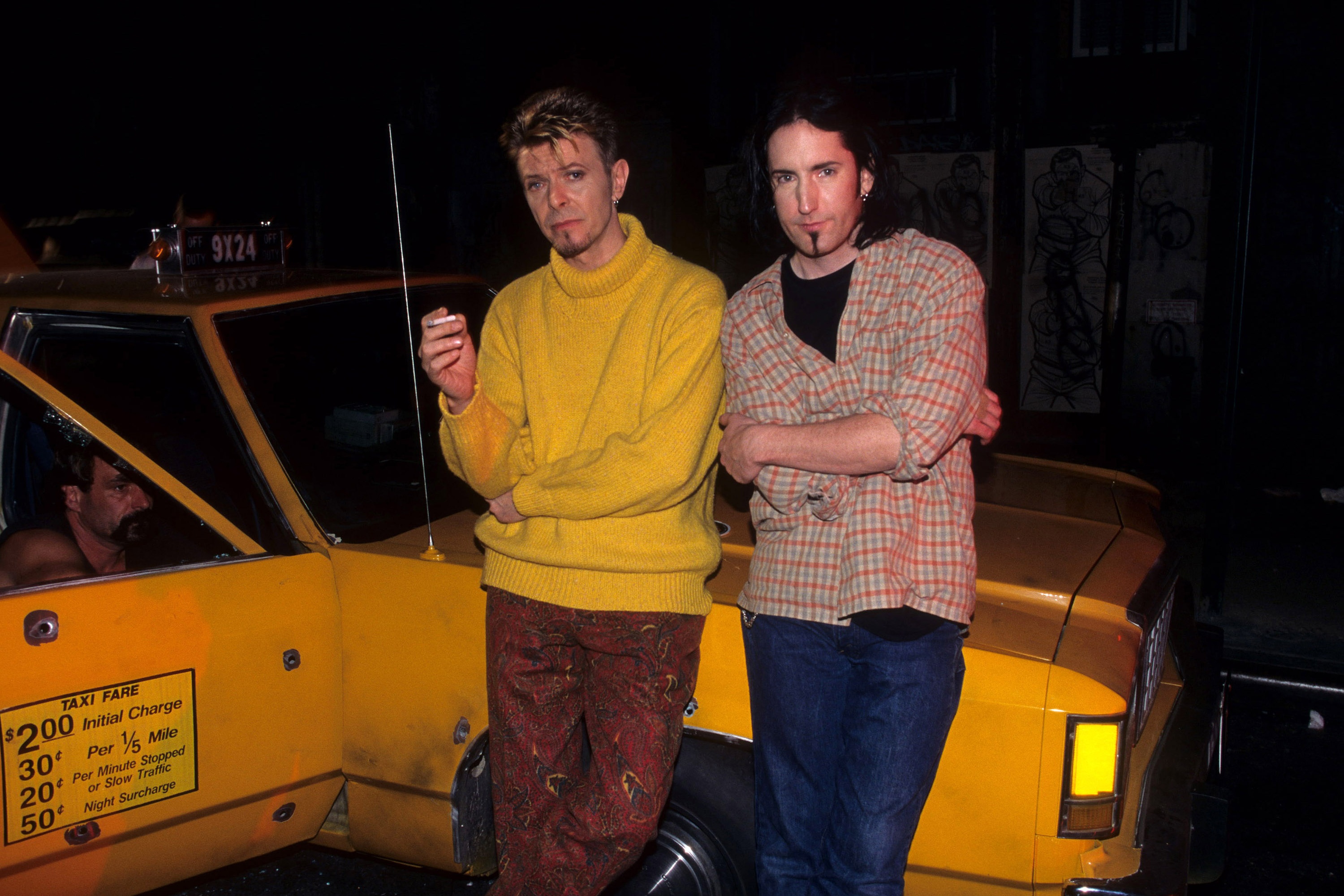 In this sense, the song choices are of a piece with Watchmen‘s compact and decisive storytelling, and another example of the production team’s attention to detail. Rather than embodying a crude mismatch, they’re punctuation for the amorphous, undulating score. Ambiguity just wouldn’t have done the trick; in the blunt, self-referential quality of its music supervision, Lindelof’s Watchmen updates a crucial aspect of the comics for a new age.