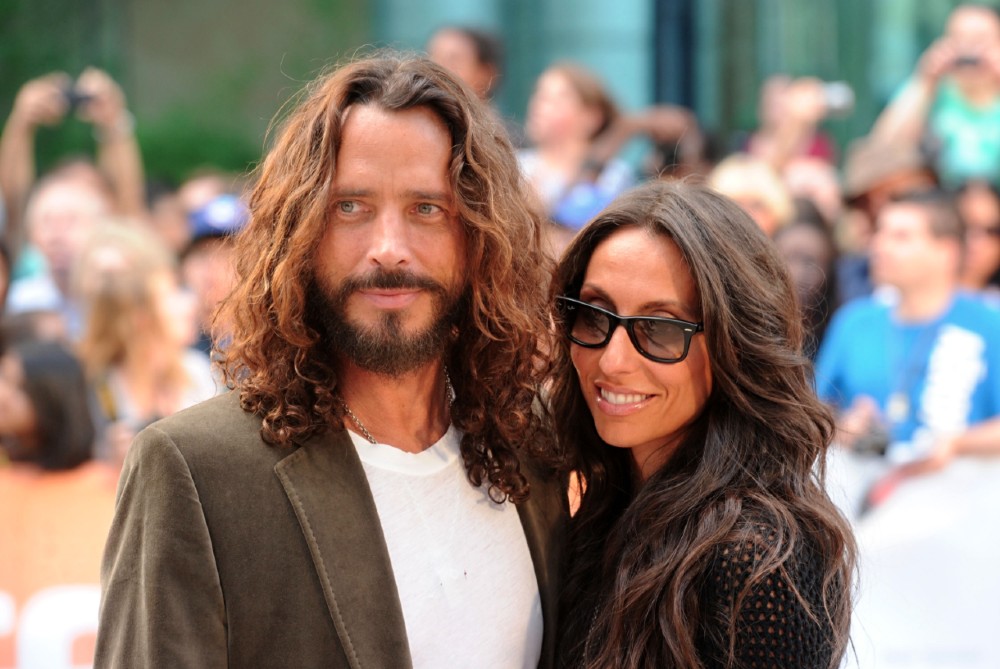 The relationship between Vicky Cornell and the surviving members of Soundgarden has taken an acrimonious legal turn. In a new lawsuit, first reported by TMZ, Chris Cornell’s widow is seeking “hundreds of thousands of dollars” in allegedly unpaid royalties from the rest of the band, which she claims are “indisputably owed” to the late frontman’s estate. She is also contesting the rights to seven unreleased Chris Cornell recordings, which were among the last he made before his death in 2017.

According to Vicky Cornell, the members of Soundgarden are withholding royalties in an attempt “strong-arm Chris’ Estate into turning over” the recordings in question. These are likely the demo recordings that have also been referenced by Soundgarden guitarist Kim Thayil in multiple interviews about the possibility of releasing a Soundgarden album that was apparently in progress when the singer died. “We tried to get this going two years ago, but we’re not in possession of any of the demos that Chris was working on with them,” Thayil said in an interview in July. “We have copies of them, but what we need are the files, so that we’d be able to overdub and finish the record. We are not in possession of those.”

Vicky Cornell also accused Soundgarden of engaging in “pressure tactics, harassment, unlawful conversion of royalties, and extortion” in addition riling the band’s “rabid fanbase” by suggesting that she is blocking the release of a final Soundgarden album. The full complaint can be read here.

Soundgarden did not immediately respond to our request for comment.

Read her entire statement below.

I have been taking time these past few weeks to be grateful for all the good people around me and for those who have lifted me up at the very worst times in my life. The silver lining, during the storm, is finding and appreciating the subtle glow of those who sincerely support you in your life unconditionally. However, sometimes while you grieve the one you physically lost, you realize that you must now grieve the loss of some of those you considered friends and family as well. I am shocked at how often this occurs. It’s not just me, or the rock-star widow, or the political widow; it is the case for the vast majority of women after their partners have passed. It transcends socio-economic class, race, and religion. It is an unpleasant and unfortunately all too common theme. Hard-hearted family members, friends, and business associates; who will exploit a widow’s vulnerability when she’s broken and alone. These other people who have decided that her time is up as well. Through support groups and other widowed friends, and during both difficult and supportive conversations, I have learned that I am not a unique case. This seems to be the inevitable plight of the widow in this world and I cannot help feeling angry, sad and betrayed. I will not be bullied or shamed into silence. I will not accept something so wrong, so lacking in compassion or decency, even with the clear but unspoken threat of social rejection hanging over me. This was not the way I would have chosen to move forward. But I will not be pushed aside for someone else’s convenience or gain. I will not sacrifice our children’s futures for someone else’s greed. And I will not let someone else make me feel shame because the man I loved was taken from all of us too soon. I will do justice by my husband’s work and memory; for our children and for everything we stood for. I want to thank everyone who has stood by Chris and has supported us through this devastating time. Your love and your kindness will never be forgotten. #chriscornell forever 🖤