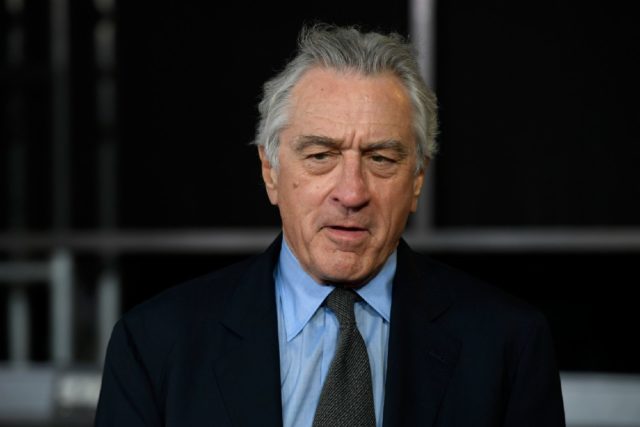 Robert De Niro has had to restrict his public vitriol toward President Donald Trump within the confines of awards show speeches, brief talk show appearances, and the rare, but profane cable news hit. During his appearance on the Rumble With Michael Moore, however, De Niro had more than an hour to use as he saw fit, and a good portion of it was devoted to dragging Trump and his enablers.

De Niro’s grievances with Trump aren’t particularly unique and generally hinge on the president being a pathologically self-absorbed abusive blowhard, but the actor definitely put some thought into how to knock his fellow New Yorker down a few pegs.

“I’d like to see a bag of shit right in his face—hit him right in the face like that and let the picture go all over the world. And that would be the most humiliating thing because he needs to be humiliated,” De Niro said. “He needs to be confronted and humiliated by whoever his opponent is, his political opponent. They have to stand up to him. They don’t have to do it in an obvious physical way, but they have to have the formidability to confront him and to put him in his place, because the people have to see that, to see him be humiliated.”

You could argue that the world got to see Trump humiliated when he left the G7 summit early after hot mic video of fellow world leaders making fun of his insane press sprays went viral, but point taken. That scenario just doesn’t have the same lasting, visceral impact as a photo of the president’s face smeared with manure.

During the conversation, De Niro took great care not to slander swine while airing his grievances against the president.

“I always say ‘low life’ because he’s a low life. He’s not a pig,” De Niro insisted. “I used to call him a pig, but pigs have dignity. He has no dignity, no nothing. He’s a disgrace to the human race, if you will. I don’t want to call them names. I just want to get us out of this situation. We all know what he is. It’s just getting past that.”

Rumble With Michael Moore premiered earlier this week, and the filmmaker managed to snag the Raging Bull star for the actor’s first ever podcast interview. Not bad. You can listen to the entire conversation below, including the part where De Niro takes a phone call mid-conversation.