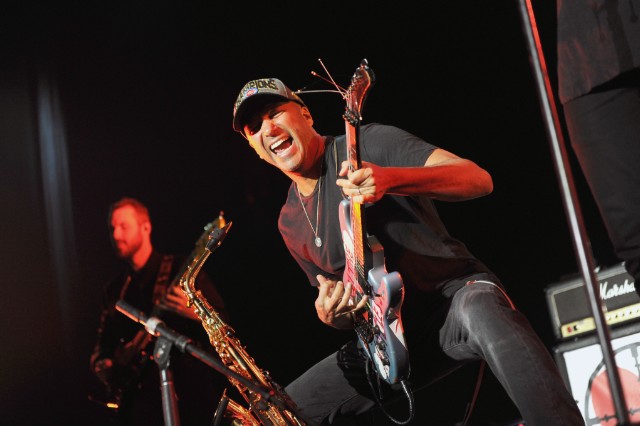 The Coachella Valley Music and Arts Festival is set to return with another year of celebrity-packed bacchanalia in 2020, and while festival organizers have remained tight-lipped about the lineup, it seems that word has gotten out about who might headline this year’s event. According to a new report from Us Weekly, Rage Against the Machine, Frank Ocean, and Travis Scott are set to appear in the festival’s coveted headline slots, which in the past have included names like Daft Punk, Radiohead, and Beyoncé.

The news doesn’t come as a complete surprise to Rage Against the Machine fans. Back in November, the band announced that they’d be reuniting for a few performances at the festival, which would mark their first shows together since going on hiatus in 2011. A source close to the festival also confirmed that Coachella would take place between April 10 and April 19, 2020, aligning with the April 10 and April 17 dates announced by RATM. Frank Ocean and Travis Scott’s additions to the lineup, however, are new.

This isn’t the first time Frank Ocean and Travis Scott performed at the festival. Scott was featured on the lineup in 2017, and Ocean held his own at an exclusive set in 2012. Last year’s festival included headlining sets from Tame Impala, Childish Gambino, and Ariana Grande.