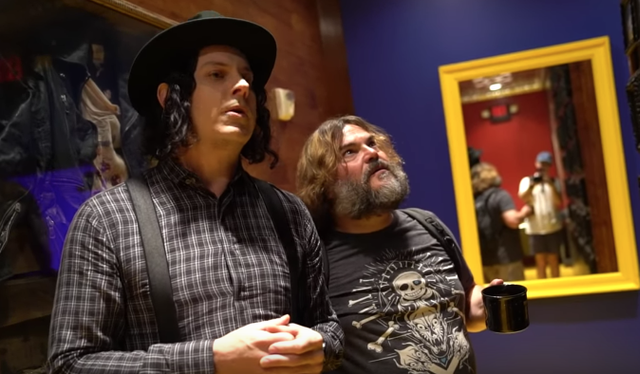 Jack White and Jack Black are each Top 20 Jacks, probably. So the news this summer that White and Black recorded a song together at White’s Nashville home was major. The result, “Don’t Blow It, Kage,” dropped Friday on 7″ vinyl via White’s Third Man Records, and is now available to stream.

White, currently touring with the Raconteurs in support of the band’s June album Help Us Stranger, produced the song, sings backup, and delivers a twist ending. Tenacious D released their fourth album, Post-Apocalypto, a companion to the duo’s animated series by the same name, last November.

Hear Kage blow it below.