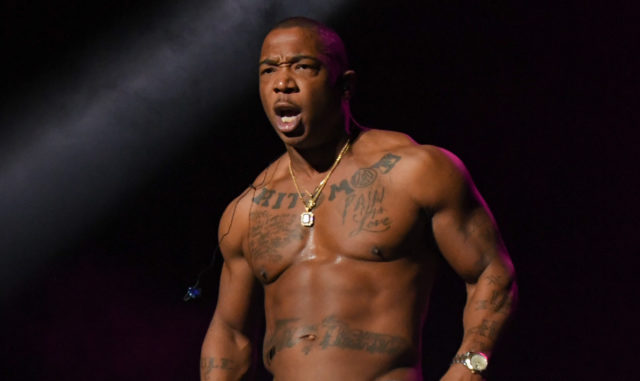 Ja Rule is back baby! After weaseling his way out of a $100 million dollar class-action lawsuit last month in connection with Fyre Festival, the rapper behind hits like “Mesmerize” and “Always On Time” has finally returned to the booth to rap about his experience organizing arguably the most catastrophically unsuccessful music festival of all time. Finally!

“FYRE,” his first solo single since the festival, is exactly what it sounds like: a cheesy attempt to cash in on his recent resurgence, spinning a story that involved wire fraud and multiple F.B.I. investigations into a goofy attempt to laugh at himself and the disaster. Using “FYRE” as an acronym meaning “For Your Real Entertainment,” Ja Rule wants you to know he’s in on the joke, even as he makes clear that he doesn’t have much sympathy for anyone caught up in the chaos of the festival.

“The fest—the festival is on fire/We don’t need no water, make that motherfucker hotter,” he raps. “Hotter than the sun, but it wasn’t that/Show of hands if you got your money back/Just playing, I got sued for that/100 mil to be exact.”

He also references the time he spent tied up in the legal system, adding that “in the people’s court, baby, they’ll hang ya like their ancestors.” Still, it’s hard to feel bad for a guy still trying to parlay his success into other media ventures like his bizarre mobile applications, and even he acknowledges how silly it is to be rapping about the whole affair.