In December 2016, 36 people lost their lives in a tragic fire at the Oakland warehouse music venue Ghost Ship. The fire led to two criminal trials, as well as numerous lawsuits against landlords, managers, and the local government on behalf of victims and their families and has been called the deadliest fire in Oakland’s history and deadliest in California since 1906. Now, husband-wife literary team Michael Chabon and Ayelet Waldman have announced a multi-year production deal adapting the harrowing circumstances of the fire into a new show for CBS Television Studios, as KQED reports.

In an email exchange with KQED, Waldman described the show as “an indictment of the power and money that is destroying our communities, but also as a story about loss.” She also noted that the project hasn’t yet been pitched or sold, and currently only exists as a multi-year production deal with CBS Studios. In a statement on Twitter, Chabon added that the story “will be adapted by journalist Elizabeth Weil,” whose coverage of the fire includes a 2018 profile of Max Harris for the New York Times Magazine while he was on trial for 36 counts of manslaughter.

This profile in particular has angered the victims’ friends and families, who claim it didn’t accurately represent the stories of the ones they lost. Mark Dias, an Oakland resident who lost two friends and coworkers in the fire, called the piece “out of touch,” adding that “none of it seemed like it was actually fact-checked against other people who knew [Harris] and were around him.” Others called the TV production deal a fundamental betrayal of the ethos of the venue, which existed at the fringe of the city’s cultural life with an anti-capitalist spirit that wasn’t fully accounted for in Weil’s story.

The story is not unfamiliar one to nightlife organizers across the county, with rising rental costs and increased legal scrutiny threatening to put countless DIY venues out of operation. Beyond the fact that CBS can recruit a Pulitzer Prize-winning author to produce a multi-part TV series (which probably says more about the circumstances of our so-called “Golden Age of TV” than anything about Ghost Ship), the challenges to responsibly adapt the story to a TV series are not insignificant, with others suggesting that TV is fundamentally the wrong format. 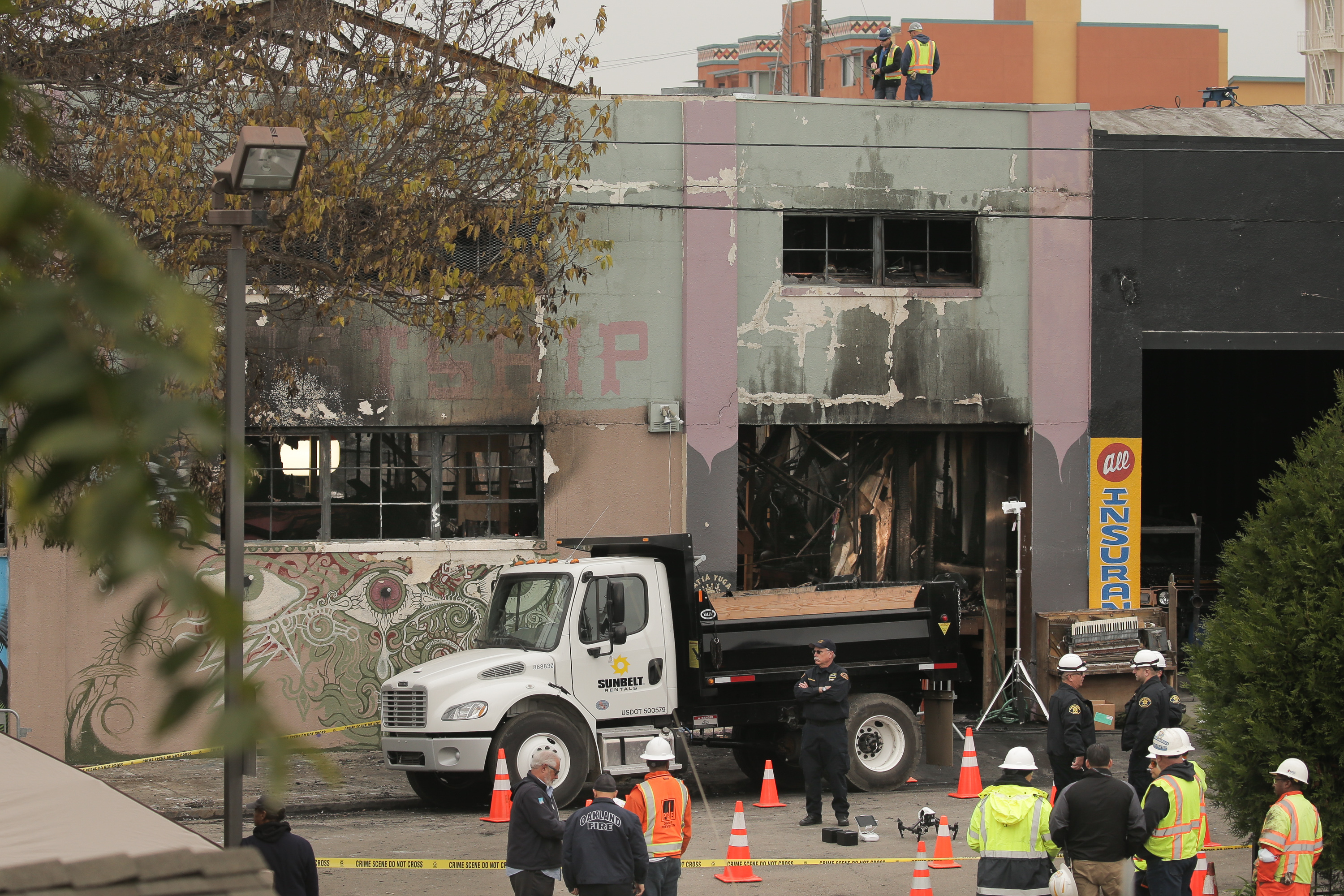 Time will tell if the project ever comes to fruition, but with Chabon and Waldman involved, you at least have to wonder who the right people might be to tell the story. Maybe some stories are better left to survivors themselves and few forced to deal with the fire’s aftermath firsthand.

Update (12/15): Ayelet Waldman has published a statement addressing the controversy and announced that she will no longer be moving forward with the project. The novelist took to Twitter last night, where she published a 6 tweet response to critics of the project.

“Over the past few days, however, we’ve heard from parents of the victims, from friends and survivors, and from conscientious members of the community, appealing to us to reconsider telling the story of the Ghost Ship,” she writes. “These appeals have been heartbreaking to hear, and they have changed our minds.”

The statement goes on to note that the Ghost Ship project will not be moving forward. “At this time, therefore, we will not be proceeding, and will do our part to leave the families and survivors to their grief and their loss, in the fervent hope that someday they find not just comfort but also a measure of justice.”

Chabon has also notably deleted all his tweets.

(1/6) We believe in the power of art, and specifically of this medium, to effect change, and had hoped to harness that power not just on behalf of the victims of tragedy at the Ghost Ship, but also to help to call to account those who most bear responsibility for it.

(2/6) Over the past few days, however, we’ve heard from parents of the victims, from friends and survivors, and from conscientious members of the community, appealing to us to reconsider telling the story of the Ghost Ship—

(3/6) —because it’s too soon, because the wounds are too deep and too recent and the pain of reliving the experience would be too great. These appeals have been heartbreaking to hear, and they have changed our minds.

(4/6) We believe that there is a conversation to be had about the propriety of telling the story of the Ghost Ship, and about the identity and moral responsibility of those who tell it, but …

(5/6) … clearly it’s not a conversation that can be conducted without causing further pain to the living victims of this tragedy.

(5/6) … clearly it’s not a conversation that can be conducted without causing further pain to the living victims of this tragedy.