As Prince Andrew finally faces consequences for his years-long association with late pedophile financier Jeffrey Epstein, President Donald Trump actively distanced himself from Duke of York when asked about the disgraced royal at a NATO presser in London on Tuesday.

When asked by a reporter what the president thought of the prince stepping down from his royal duties amid sexual misconduct allegations from Epstein trafficking victim Virginia Giuffre Roberts and the disastrous BBC interview where Andrew denied said allegations, Trump responded: “I don’t know Prince Andrew, but it’s a tough story, it’s a very tough story.”

Of course, by this point we all know that when the president says he doesn’t know someone, it’s often an admission that he’s aware they are too radioactive to be associated with, even if he formerly worked (Paul Manafort) or partied with them (Lev Parnas and Igor Fruman).

FOX NEWS: Immediately cuts to a photo of Prince Andrew, Melania, and Trump hanging out together at Mar-a-Lago during a party that Jeffrey Epstein also attended. pic.twitter.com/zBIfDBSFXN

Like with Epstein, the president’s association with the Duke of York spans decades. Just six months ago, Prince Andrew’s Twitter account shared photos of the royal and the president at a meeting during Trump’s state visit.

Here’s a photo from the same state visit where Trump is seen joking with the man he says he doesn’t know. 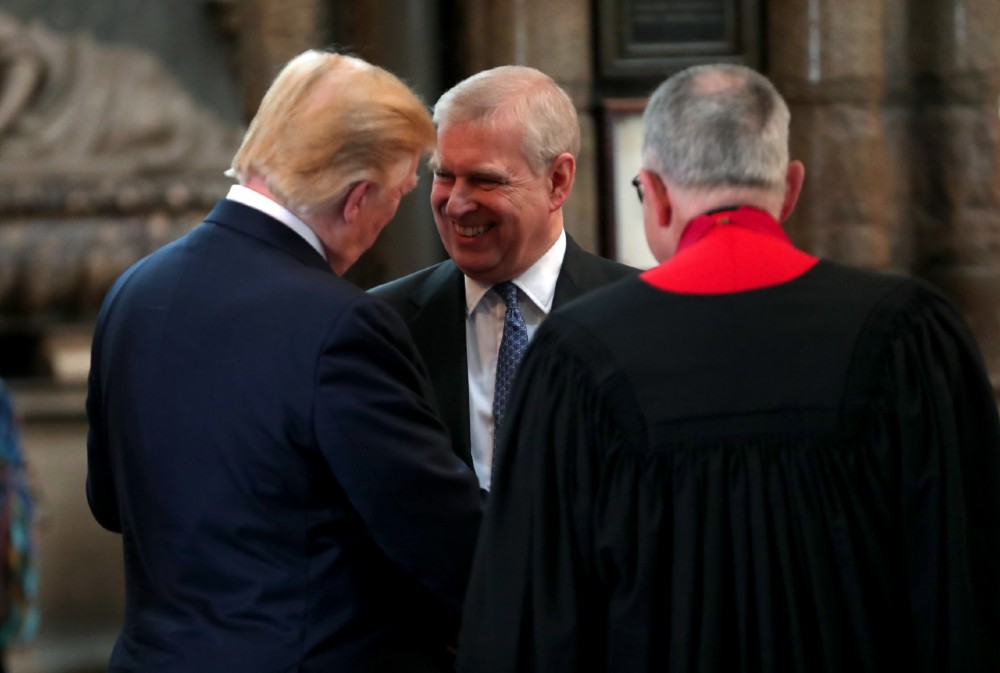 In fairness, though, Trump is likely better off sidestepping any associations with alleged sex criminals given that it might raise questions as to how the president himself has spent years avoiding accountability towards the dozens of women who have accused him of sexual harassment or assault.