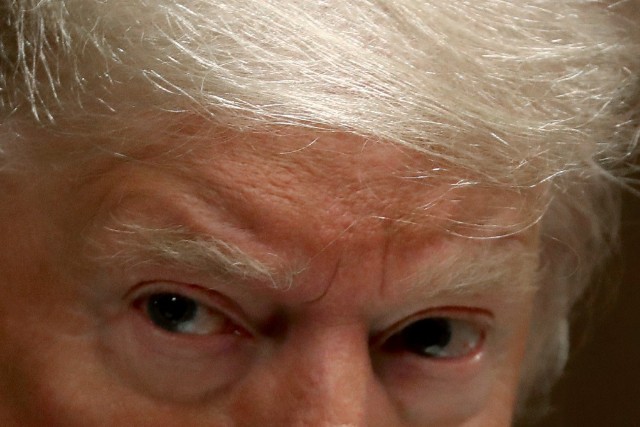 The House is expected to vote in favor of impeachment on Wednesday, December 18, and President Donald Trump  responded in the only way he knows how: He sent Speaker of the House Nancy Pelosi a six-page screed painting himself as the victim of a bloodless, partisan coup.

The letter is remarkable not just because he makes baseless claims such as “more due process was afforded to those accused in the Salem Witch Trials,” but because it’s impossible to imagine the president sitting down to type six pages or anything that isn’t broken up by Twitter’s 280 character limit. In all likelihood, he dictated this letter to a hapless staffer who was tasked with the thankless job of making his rant sound semi-coherent. That’s no small task, given how the letter contains passages like this one:

Everyone, you included, knows what is really happening. Your chosen candidate lost the election in 2016, in an Electoral College landslide (306-227), and you and your party have never recovered from this defeat. You have developed a full-fledged case of what many in the media call Trump Derangement Syndrome and sadly, you will never get over it! You are unwilling and unable to accept the verdict issued at the ballot box during the great Election of 2016. So you have spent three straight years attempting to overturn the will of the American people and nullify their votes. You view democracy as your enemy!

Perhaps most insulting of all is your false display of solemnity. You apparently have so little respect for the American People that you expect them to believe that you are approaching this impeachment somberly, reservedly, and reluctantly. No intelligent person believes what you are saying. Since the moment I won the election, the Democrat Party has been possessed by Impeachment Fever. There is no reticence. This is not a somber affair. You are making a mockery of impeachment and you are scarcely concealing your hatred of me, of the Republican Party, and tens of millions of patriotic Americans. The voters are wise, and they are seeing straight through this empty, hollow, and dangerous game you are playing.

There’s nothing in the letter that Trump hasn’t more or less posted in one of his furious marathon tweet sessions, but it’s quite stunning to see his verbal puke accompanied by an official White House letterhead. The accusation that the Democrats have been gunning for impeachment since the 2016 election is especially remarkable given how the Democratic Speaker of the House has gone out of her way to avoid pressing for his removal from office. That is, until the Wall Street Journal published a report in September pointing to POTUS seeking foreign election interference by extorting the president of Ukraine in exchange for oppo dirt on Hunter Biden forced her hand.

The angry letter is especially puzzling given that his allies Lindsey Graham and Mitch McConnell have all but promised to acquit Trump in the impeachment trial expected to take place in the GOP-led Senate.