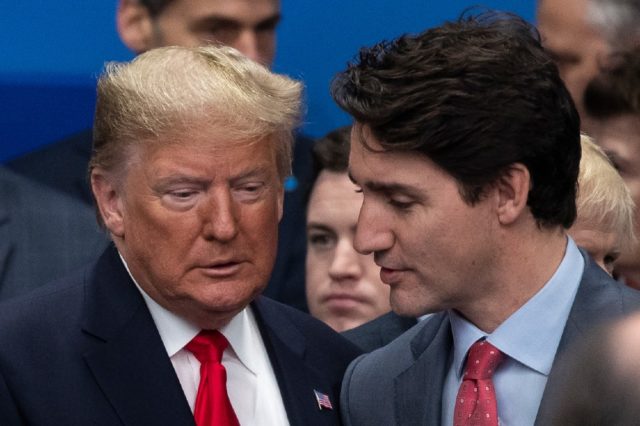 The nation’s pettiest Fox News grandpa, President Donald Trump, took aim at Canadian Prime Minister Justin Trudeau over the Christmas break for a purely imagined sleight. The issue concerns the president’s wholly unnecessary cameo in the 1992 film Home Alone 2: Lost in New York, which is missing from the Canadian Broadcast Corporation’s recent airing of the film.

According to a CBC rep, the 7-second Trump cameo was just one of several scenes edited out of the television broadcast. In total, eight minutes of footage were cut to make room for commercial breaks.

“As is often the case with feature films adapted for television, Home Alone 2 was edited for time,” CBC rep Chuck Thompson said in a statement. “The scene with Donald Trump was one of several that were cut from the movie as none of them were integral to the plot. These edits were done in 2014, when we first acquired the film and before Mr. Trump was elected president.” CNN’s tireless Trump fact-checker Daniel Dale noted that tweets dating back to 2015 mentioned the missing scenes from the Canadian broadcast.

Still, the president seized on the missing scene to take a shot at Trudeau, who was recently caught on hot mic roasting Trump’s unhinged press gaggles with fellow world leaders at the G7 summit. Perhaps Trump was joking or perhaps his ego was still bruised from the aforementioned incident.

I guess Justin T doesn’t much like my making him pay up on NATO or Trade! https://t.co/sndS7YvIGR

Granted, the hosts of the White House’s unofficial PR wing Fox & Friends were delighted to have a culture war battle to wage despite how flimsy the underlying grievance is. After all, news during the last week of the year is usually quite slow.

First failson Donald Trump Jr. also weighed in with a spectacularly deranged rebuke of the CBC.

Absolutely pathetic. The liberal media like @cbc is where Trump Derangement Syndrome manifests itself fully. Imagine being so pathetic in your quest to attain some BS level of wokeness that you need to cut out a scene that is probably one of the the most famous cameos of the era? Imagine being so “triggered” that you can’t even leave a Christmas movie alone without editing. This is what we are up against in 2020, this is the filter by which most people receive their news. This is why it’s not a fair fight, but this is also why we will win. People see through this crap and are fed up of it. The media should go register as a lobbyist for the Leftists. Their bias is so flagrant they don’t even pretend to hide it anymore. They prove every day that they really are the enemy of the people.

There’s a non-zero chance the president starts a war over this.