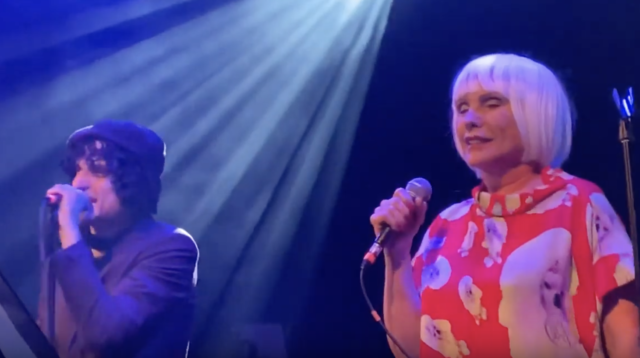 Saturday (December 14) was the 40th anniversary of the Clash’s beloved album London Calling, and New York’s Bowery Ballroom celebrated the occasion with an epic night of performances from artists like Debbie Harry, Eugene Hutz, Jesse Malin, Fred Armisen, and more. During the performance, Debbie Harry and Jesse Malin teamed up to cover the Pogues’ Christmas classic “Fairytale of New York,” as Stereogum points out.

The entire night was a benefit for the Joe Strummer Foundation, making the pair’s song choice relatively fitting; the former Clash vocalist played in the Pogues in the 1990s, taking over for longtime vocalist Shane MacGowan.

For their duet, Harry and Malin were joined by a sprawling live band, who helped them cover the heartfelt song. Malin kicked things off with the opening verse, with Harry taking over in the second verse before coming to sing together in the latter half of the song.

Check out their performance below and revisit our 2012 feature on the life and legacy of the Clash’s Joe Strummer on the 10th anniversary of his death.