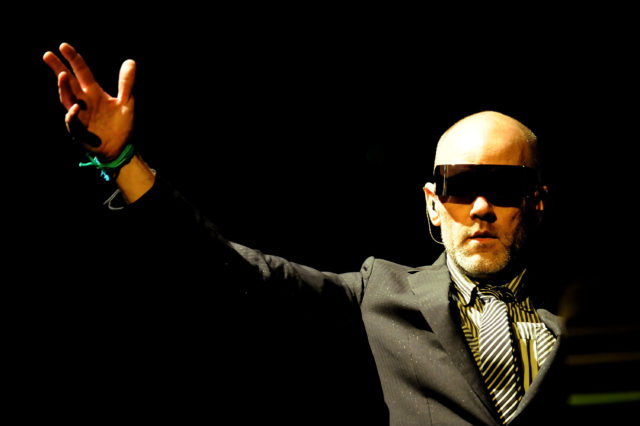 The deluxe 25th anniversary box set of R.E.M.‘s Monster is finally here. The release arrived a little more than a month after the quadruple-platinum album marked its anniversary on September 27.

First announced in early September, the box set features 64 tracks across six discs. Along with the original album, the band have included a whole disc of previously unreleased demos, as well as new remixes from original producer Scott Litt, and a two-disc, 25-song recording of the band’s June 3, 1995, concert in Chicago. The final disc is a Blu-ray containing the concert film Road Movie and various Monster-era music videos.

“The original 1994 version was dense in guitars and feedback with the vocals mixed within the sonic wall,” the band said in a statement, “but on this alternative version the guitars are pulled back and the vocals pushed forward to create a more open sound and showcase often-revealing lyrics.”

The 25th anniversary edition of Monster is officially out now! Buy it, stream it, or download it at the bio link. #monster25

R.E.M. have already shared a few songs from the project: Scott Litt’s remix of “What’s the Frequency, Kenneth?” was released along with the announcement, and a stripped-down reimagining of the Kurt Cobain tribute “Let Me In” dropped last month. We’ve also heard two previously unreleased demos in the form of “Revolution 4-21″ and “Uptempo Mo Distortion.”

RELATED: Our 1994 Review of Monster

This isn’t the first R.E.M. album to get the deluxe reissue treatment. In 2017, the band put out a mammoth 25th anniversary edition of their masterpiece Automatic for the People, with plenty of unreleased demos and rarities. Stream the 25th anniversary reissue below.