Home » Features » Nirvana’s MTV Unplugged in NY Is 25: The Meat Puppets & Bobcat Goldthwait Take Us Back

As they were exiting their posh New York hotel on the night of November 18, 1993, Nirvana’s Kurt Cobain, Dave Grohl, and Krist Novoselić were met unexpectedly by a small cluster of industrious teenagers—fans who’d discovered where the band was staying, despite their rooms being covertly registered under spurious names.

Cobain, Grohl, and Novoselić—along with Nirvana touring guitarist Pat Smear and brothers Cris and Curt Kirkwood of Arizona punk outfit the Meat Puppets—started striding toward a waiting SUV, hired to shuttle them to nearby Sony Music Studios, where they would soon film and record a historic MTV Unplugged set.

“So, there’s maybe half-a-dozen kids or so waiting, and Kurt was cordial enough and he acknowledged them, but apparently not enough to their satisfaction,” recalls Cris, speaking to SPIN. “It’s maybe seven steps from the hotel to the vehicle, and here’s a guy who is struggling with his own fame. ‘What does it mean? What does it matter?’ I guess he figured, ‘I don’t owe you anything.’ And when he didn’t stop to lick their butts, they f–king turned on him. It went from fawning adulation to disgruntled name-calling in seven steps.” 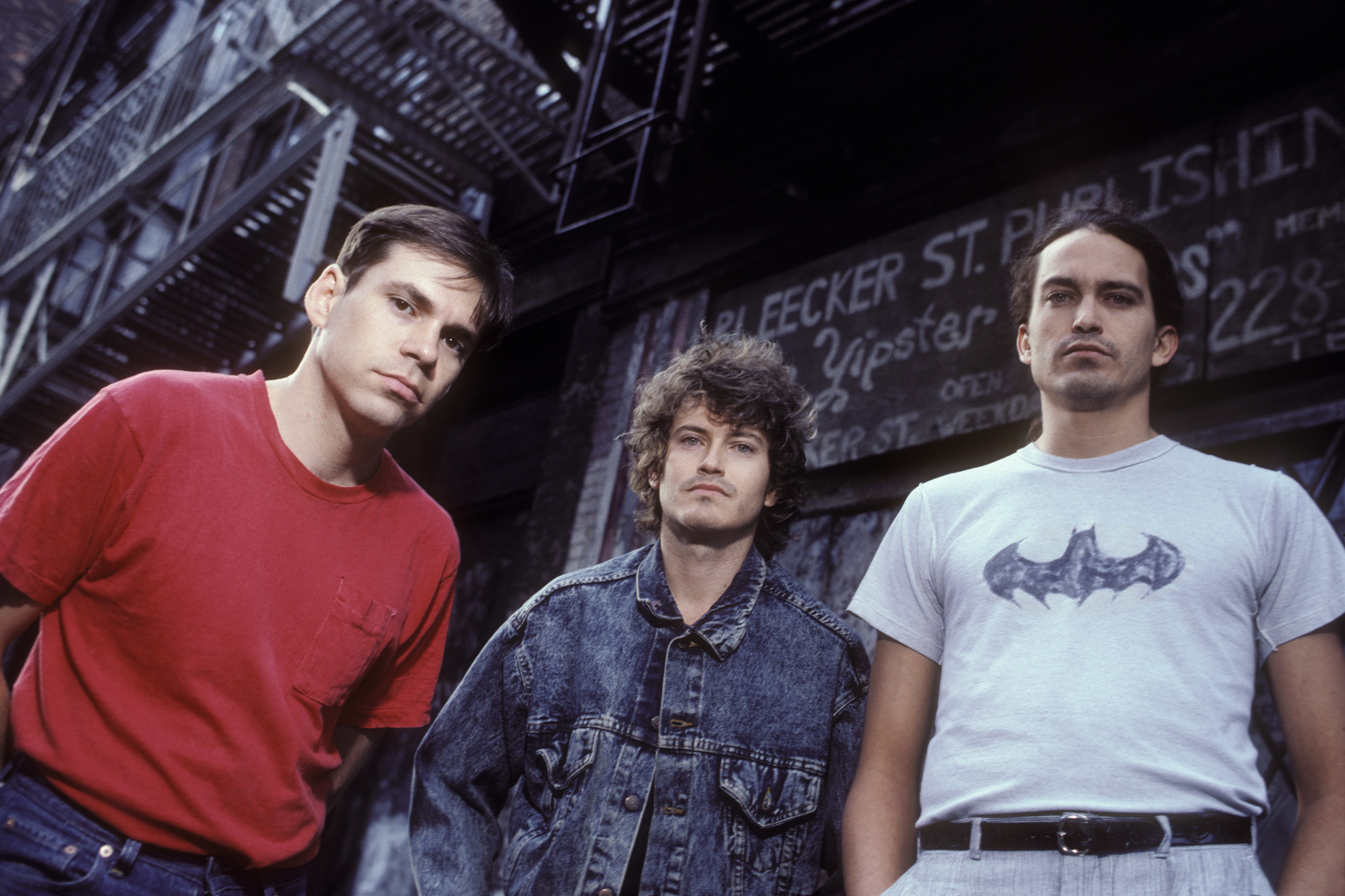 All six musicians made it to the vehicle, found their seats, and immediately started analyzing their unsavory encounter with those entitled Nirvana fans. Cris remembers someone inside the vehicle suggesting Cobain retaliate.

“He rolled down his window, hung his head out. I heard a snort, and he hocked this big-ass loogie at them just as we started pulling away,” the Meat Puppets bassist explains. “I bet you those kids are probably still telling people about the night Kurt Cobain spit at them.”

Six months after Nirvana’s monumental acoustic performance, which featured a mere smattering of their best-known hits and a wealth of transcendent covers of obscure tunes, Cobain tragically ended his life.

On November 1, 1994, nearly seven months after his death, the band released MTV Unplugged in New York as a live album. In the 25 years since its release, the album is still regarded as one of the finest live offerings ever produced and has gone platinum more than five times. And it still sells; oftentimes, it’s hovering somewhere toward the bottom of the Billboard 200, the publication’s weekly top albums chart.

RELATED: Our 1994 Review of Nirvana’s MTV Unplugged in New York

Cris and Curt—whom Cobain introduced halfway through Nirvana’s Unplugged set as the “brothers Meat”—tell SPIN they’d been asked to join the grunge icons in New York for the MTV performance after opening for them on the In Utero tour. Cobain, an avowed fan of the Puppets who would regularly namecheck them during interviews, said he’d wanted to play three of their songs during the intimate, acoustic show, including “Lake of Fire” and “Plateau.”

“I had written those songs 10, maybe 11 years prior,” Curt explains. “I was young when I wrote those songs. I like those songs, and I thought it was a good idea for Nirvana to do them. When I hear them today, it takes me right back to that night.”

Ahead of the taping, Cobain had promised the MTV producers there would be a special guest collaboration at some point during the evening, which created expectations it would be someone massive—like Pearl Jam or Alice In Chains.

“Part of the lore of that whole thing is, the producers didn’t want us to be on there,” Cris says, noting Cobain wanted to introduce his fans to a band he liked. “The producers, though, wanted to see Nirvana and Eddie Vedder, and so when he told them it was us, they said, ‘No, you can’t do that,’ and he said, ‘F–k you, I’m Kurt Cobain—yes I can.’ He forced their hand. That really shows the vision of Kurt.”

In the days before the Unplugged taping, Nirvana rented a crusty warehouse space in Weehawken, New Jersey. It was there that they’d practice the entire set with the Kirkwoods and cellist Lori Goldston. At some point, comedian and actor Bobcat Goldthwait stopped by to see his good friend Kurt Cobain.

“I feel like they were learning the Meat Puppets song ‘Lake of Fire’ when I was at the rehearsal space that one time,” Goldthwait tells SPIN. “That’s what I remember. And then I remember them talking about the Bowie song, but then I was looking at my watch, and I had to go.”

However, before taking off, the comic–who was scheduled to appear on a late-night talk show–sought the counsel of the six musicians.

“We were all hanging out, eating pizza and getting stoned, and Bobcat … he wanted to do something novel and interesting,” Cris recalls of the comedian. “We all sat around and had a jam session, coming up with ideas for him.”

Goldthwait ended up setting fire to a guest chair during his appearance on The Tonight Show With Jay Leno a month after Cobain’s death. The idea, says Cris, came during the rehearsal.

A Piece of Art

The night of the Unplugged taping, Curt was wandering around the ornately decorated set, stopping to chat with Cobain at one point. “I remember there was some sort of catwalk area there, and I was talking to Kurt about being kids,” the Meat Puppets’ guitarist reminisces. “I told him how, when I was like, 4 or 5, I liked going under the tables at restaurants and look at the different colored gum people had stuck under them. For me, it was like a Seven Dwarves gem mine, and I told Kurt I would find my favorite color, pick it off, and chew the f–k out of it. I remember Kurt just goes, ‘You’re weird.’ And I’m like, ‘I’m weird?’”

In addition to performing with Nirvana that momentous night, the Kirkwoods got to watch the rest of the Unplugged set from the sidelines.

“Nirvana approached things a lot like we did in terms of the practice,” Curt explains. “We did a casual rehearsal for the thing at the actual studio, and that was fun. But the show itself was much like any regular show—they just played it straight through, and we came out and did our bit in the middle. I sat and watched it and I had a really good time.”

Goldthwait was also in the audience for Unplugged, and recalls speaking to Cobain backstage right afterward.

“They had closed with ‘Where Did You Sleep Last Night?,’” the comedian remembers. “All these people were trying to get them to go out and do an encore, but I looked at Kurt and told him, ‘I don’t think you should. There’s no way you will top that.’ The hairs went up on my arm during that song, and I was like, ‘Wow.’ I wasn’t even trying to be a ball-buster. The people that wanted that additional footage, I pissed them off.”

To this day, Curt says it remains one of the best live performances he’s ever witnessed. “The overall feeling of the place was really warm, and I knew that they’d nailed it,” he notes. “They really got that record right, and it is one of my favorite shows that I have ever seen—and I have seen some good bands.”

Cris is amazed at the record’s staying power, even a quarter of a century later. “It’s trippy how it all played out the way it did,” he reflects. “It is a cool piece of art that will outlast us all, and Kurt was such a bad-ass artist. It is a piece of art that has grown legs like a motherf–ker.”