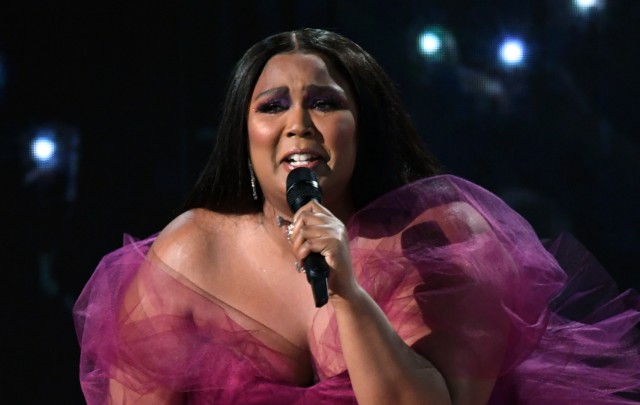 Lizzo’s first performance on the American Music Awards stage is in the books as the singer gave a dazzling rendition of her Cuz I Love You favorite “Jerome.”

The singer and rapper is also up for three awards: Favorite Female Artist – Soul/R&B, New Artist of the Year, and Favorite Song – Soul/R&B for “Juice.” So far, she hasn’t taken home any awards, but the night’s still young and the awards are still being announced.

Lizzo is one of many women dominating the stage at Sunday’s AMAs, joining the likes of Billie Eilish, Toni Braxton, Taylor Swift, and Selena Gomez. Eilish has already been awarded the AMA for Favorite Artist – Alternative Rock, while others like Halsey took home the trophy for Favorite Song – Pop/Rock for her song “Without Me.”

.@Lizzo slays her performance of “Jerome” at the #AMAs. pic.twitter.com/MLGc2ThGSH

Lizzo channeling all the Aretha she could muster:#AMAs2019 #AMAs pic.twitter.com/XuCTfuNMO6