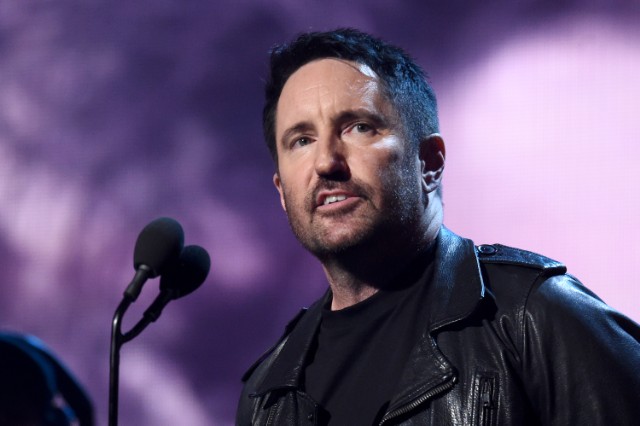 CREDIT: Jamie McCarthy/Getty Images For The Rock and Roll Hall of Fame

The rise of Lil Nas X’s “Old Town Road” to its record-setting 19 weeks as the most popular song in the country was filled with one mildly baffling detail after another. Perhaps the weirdest aspect was the (initially) uncredited Nine Inch Nails sample that provided the song with its musical bedrock—an unlikely foundation for the hip-hop cowboy affectations that Lil Nas X layered on top, creating an even unlikelier path for NIN mastermind Trent Reznor (now credited as an “Old Town Road” co-writer) to score the first No. 1 hit of his storied career.

Reznor has been reluctant to speak about his connection to “Old Town Road” since the music press first made the connection that the viral hit sampled NIN’s instrumental track “34 Ghosts IV” back in April. The industrial music pioneer didn’t even acknowledge his unwitting contribution publicly until August, when “Old Town Road” netted him a Country Music Association nomination as a songwriter—his first, which should probably go without saying. And even then, it was with a silly Instagram post that only obliquely acknowledged the song. But now, in a new Rolling Stone interview, he’s speaking about “Old Town Road” directly for the first time.

Reznor is thoughtful and diplomatic about Lil Nas X and “Old Town Road” throughout. He acknowledges that the song is “undeniably hooky,” but admits that “it’s been stuck in my head enough” when asked directly if he likes it. He likens the experience to hearing Johnny Cash’s famous cover of “Hurt” for the first time: “You feel a little bit violated, you know? And then you get over that, and you realize it has become something else, and the Johnny Cash thing is incredible. It’s very flattering.”

The interview also contains two newsy tidbits of information about the “Old Town Road” saga. The first is that Reznor apparently could have stopped the song’s meteoric rise—because Lil Nas X and his producer YoungKio did not clear the “34 Ghosts IV” sample before releasing “Old Town Road”—but opted not to. Reznor describes receiving “a call from a panicked manager”: “I said, ‘Look, I’m fine with it. I get how stuff goes. They’re not saying they didn’t sample it. Just work it out, but don’t be a roadblock to this.’”

The second tidbit is that Reznor was offered a cameo role in the “Old Town Road” music video, which he declined. “I don’t mean to be disrespectful, but I don’t feel like it’s my place to shine a light on me for that,” Reznor told Rolling Stone, diplomatic again. “I say that with complete respect.”