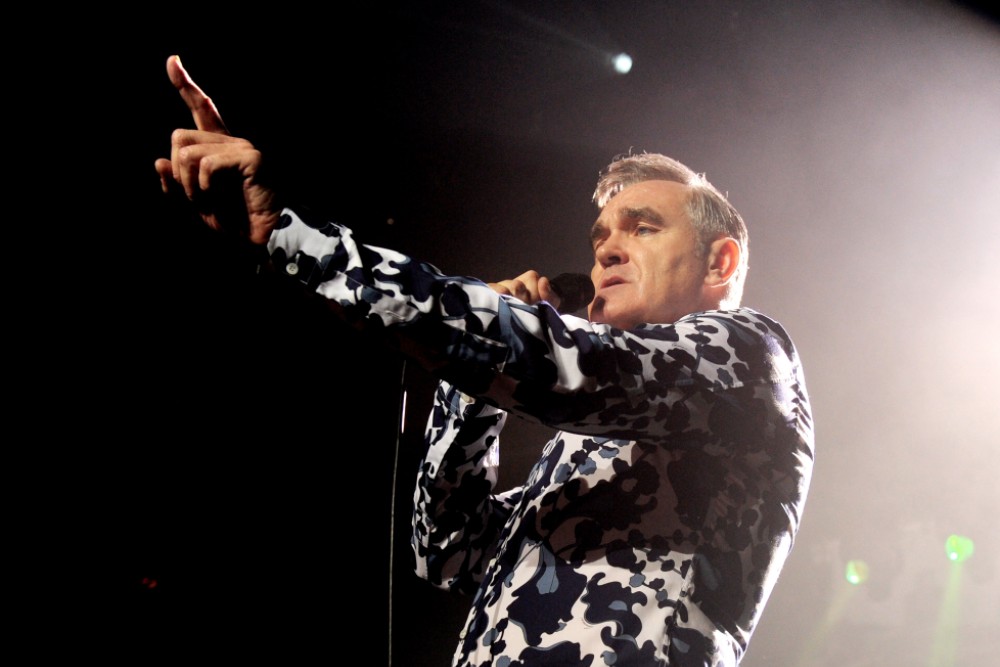 Morrissey made some curious additions to his merch table at his October 26 show at the Hollywood Bowl in Los Angeles. According to a photo shared by music journalist Robert Ham, Moz was selling autographed vinyl for $300 a pop.

We should clarify that these were not Morrissey albums, nor even Smiths albums, but albums by artists who have apparently had formative influence on him, like Lou Reed, The Stooges, David Bowie, and Patti Smith. We should also clarify that Morrissey wasn’t selling off other peoples autographs, but copies of Horses, and Transformer, and so on, that he’d signed with his own name.

Ham told SPIN that he found the photo on a fan site called Morrissey-Solo, in a thread dedicated to Saturday’s Hollywood Bowl show.

I think the original post got deleted but here’s the picture. The absolute hubris of charging $300 for a Bowie record signed by Morrissey is breathtaking. pic.twitter.com/bruSpDRSFY

Morrissey’s reps did not immediately respond when we reached out to confirm that he sold autographed copies of other artists’ records at his show. But at least one attendee seems to have bought one.

The pricing of the records is a bit curious. According to the photo, Moz sold autographed versions of his own albums for $200, but charged $100 more for his John Hancock on records like Aladdin Sane and Raw Power, which just to reiterate one final time, he had absolutely nothing to do with making. SPIN reached out to Morrissey’s rep to find out how he arrived at these price points and will update if we hear back. SPIN also reached out to Iggy Pop and Patti Smith’s reps for comment.