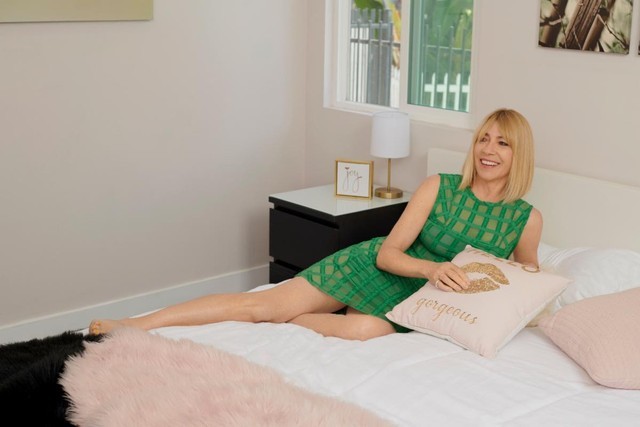 Kim Gordon’s solo debut album No Home Record is now available in full. The multi-instrumentalist and former Sonic Youth member has so far released three singles from the album—”Sketch Artist,” “Air BnB,” and “Hungry Baby“—the latter two of which arrived with their own music videos.

“I have this drum machine I borrowed from a friend and it’s very ’90s,” she told Vogue in a recent interview. “I was also playing some ’90s hip-hop and some more minimal sort of experimental hip-hop like RP Boo and DJ Rashad, but also No Wave bands and The Stooges.”

Her first album as a solo artist, No Home Record follows three albums with guitarist Bill Nace as Body/Head. It also arrives after four albums with her band Free Kitten and sixteen albums with Sonic Youth, who officially called it quits in 2011. In a recent interview, she described a particularly turbulent encounter at Disneyland, where she was busted for smoking weed in the early 1970s.

Check out her new solo album below.