Here’s What Big Thief Played on CBS This Morning 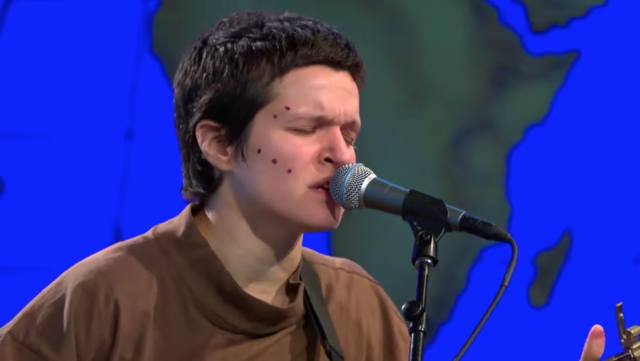 Big Thief’s fourth studio album Two Hands was released earlier this month, and following a stretch of recent tour dates throughout North America (which continue into mid-November), the band stopped by CBS This Morning to play as part of the show’s ongoing “Saturday Sessions” performance series.

As with other CBS This Morning performances, the group played a short three-song set, which here included the songs “Two Hands,” “Not,” and “Forgotten Eyes,” all of which appear on their latest album. While “Not” and “Forgotten Eyes” were both released as singles, the title track was later released as a standard track on the album.

Two Hands is the second Big Thief album in less than a year following the excellent U.F.O.F., which was released this past May. “It has been two years [since their second album], and in that time Adrianne [Lenker] had just written so many songs,” guitarist and vocalist Buck Meek said in a recent interview with Stereogum. “For a month we went through every song and built arrangements and hashed them out.”

Check out their excellent CBS This Morning performance below.