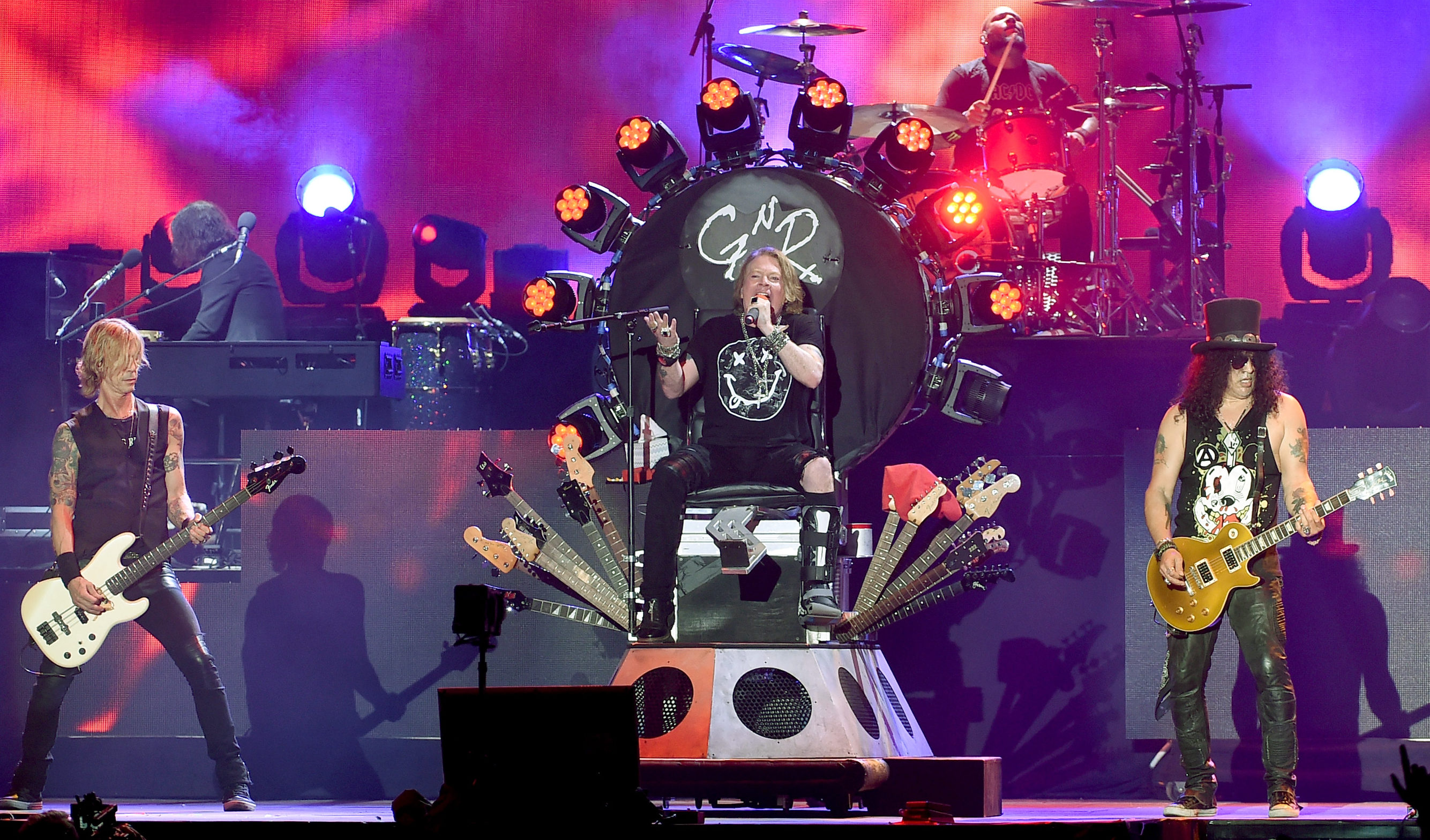 Covering a Guns N’ Roses song is no easy task. So much of the magic of those original recordings is in the particular cohesive energy between Axl Rose, Slash, Duff McKagan, and the rest of the band’s vaunted lineup from its earlier days. It’s something that can’t be replicated, and even the most ambitious covers wrestle with that.

For this reason, the best Guns N’ Roses covers tend to sound nothing like their original versions. None of the artists on this list, from Etta James to Marissa Nadler to Feist, are looking to recreate something like Appetite for Destruction. Instead, these artists manage to put their own unique spins on GNR standards while maintaining a reasonable artistic distance from the source material. They’ll never be anything like Guns N’ Roses—but that’s precisely the point.

Droneflower, Marissa Nadler’s 2019 gorgeous collaborative album with Stephen Brodsky, is more or less an extension of the ethereal folk she’s been refining over the course of her career. But with “Estranged,” her cover of Guns N’ Roses’ 1991 song of the same name from Use Your Illusion II, she and Brodsky tap into something haunted and frayed. Flashes of distorted guitar work as something like a spectral outline, carrying the weight of the original track in an entirely new form.

White Lung – “Used to Love Her”

Etta James – “Welcome to the Jungle”

This version of “Welcome to the Jungle” may run a little slower than GNR’s original off Appetite for Destruction, but it’s still got a pleasing bite to it.

The brilliance of L7’s take on Guns N’ Roses’ “Used to Love Her” is in that crucial gender flip—a perfect eff-you to the blatantly misogynistic lyrics, in a jumble of frayed guitars.

Had to save the best for last, here: Feist’s take on GNR’s mammoth 1991 track “November Rain” from Use Your Illusion I came as a wild encore to a show in Mexico City. Piñatas were involved, as were Piñata-beaters with long sticks; a pretty decent Slash impersonator even pops out at the 40-second mark. The band lets things get pretty chaotic, and Feist herself looks a little bit concerned throughout. It’s a perfect, cathartic nightcap for an artist that’s apparently willing to try anything.

Which cover of a Guns N’ Roses song is your favorite? Tell us on our Facebook page.