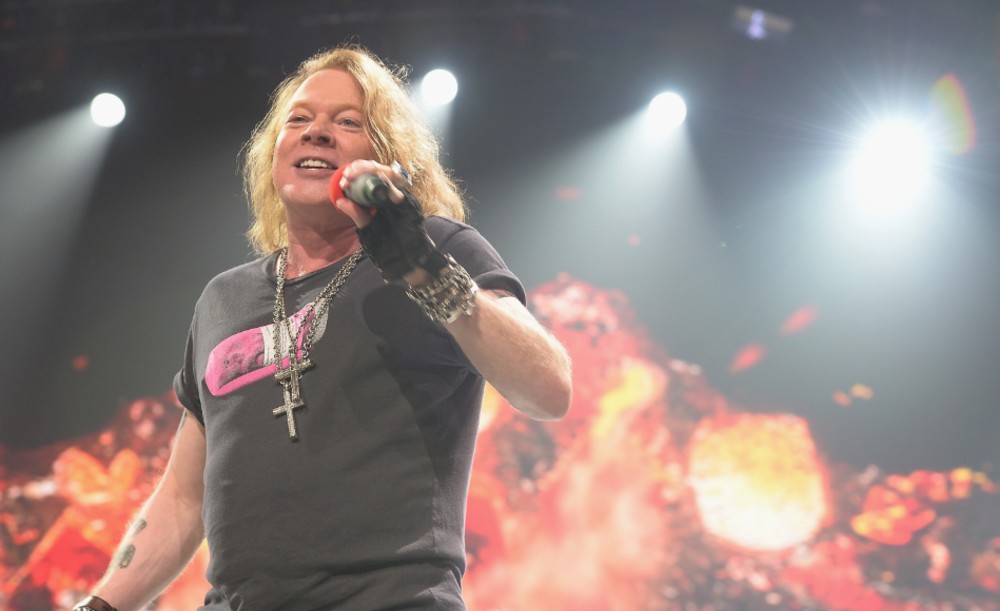 Guns N’ Roses are currently on a fall tour of North America, and the band members likely aren’t partying with the same reckless abandon that they did in the late ’80s. Case in point, notoriously feral frontman Axl Rose was apparently enjoying a nostalgia trip on October 22 when he tweeted “LONG LIVE THE GREAT PUMPKIN!!” along with 12 (!) pumpkin emojis.

As it happens, the beloved 1966 Peanuts classic Halloween special It’s the Great Pumpkin, Charlie Brown was airing on ABC the same night Rose tweeted his love for the unseen, mythical Halloween avatar that Linus van Pelt thinks brings toys to the children who believe in it.

Perhaps Rose was taking a brief time out from being a rock star to regress to his own childhood. Perhaps he was laid out on the couch at his hotel suite or on the tour bus wrapped up in his own Linus-style security blanket, watching the Peanuts special in breathless wonder. Perhaps Rose’s eyes welled with tears as Charlie Brown opened his trick-or-treat bag to discover that he had been given rocks instead of candy. “Welcome to the jungle, Charlie Brown,” Rose would probably mutter under his breath amid a sea of discarded fun-size Snickers bar wrappers. “You’re gonna die.”

Axl Rose’s Twitter use is curious on its own. His actual tweets are few and far between, and his feed tends to go dormant for months. He has 1.2 million followers, but follows absolutely no one. His last tweet prior to the Great Pumpkin shoutout was posted on July 23 to wish guitarist Slash a happy birthday. When he’s not tweeting birthday wishes, he’s criticizing the Trump administration, earning him the nickname “Woke Axl.”

Rose is an enigma wrapped in a mystery. Never change, you magnificent bastard.