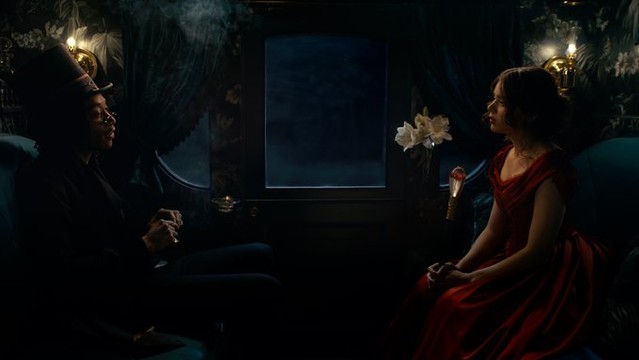 Hailee Steinfeld featuring Wiz Khalifa is a believable formula for a middling-to-decent pop single. It is a very surprising formula for a prestige TV show. And yet, here we are.

Steinfeld, the prodigious actress and pretty good pop singer, is starring as Emily Dickinson in Dickinson, an upcoming series on Apple’s new Apple TV+ service. Although set during Dickinson’s lifetime in the 19th century, the series will reportedly have a modern bent, including an original score infused with hip-hop. And as Entertainment Weekly reports, Khalifa will have a recurring guest role as the personal embodiment of Death.

Series creator Alena Smith tells EW, “We literally put Wiz Khalifa on our tone board as this would be the dream, like he’s the aesthetic we want Death to have and then somehow we magically got Wiz Khalifa, so that was incredible.” She adds, “I wanted Death to be the coolest guy in the world because Emily is in love with Death. Part of the story of the season is about her coming to a more realistic and mature understanding of Death, but where she begins is a kind of Goth worship of death. I just really wanted it to be someone that you would genuinely get excited to see.”

This casting feels like it somehow completes a circuit for a rapper whose biggest hit is about mourning dead loved ones. But it also raises questions like: Is Death a stoner? Who is his dealer? Will this series feature him lighting one up with Emily Dickinson? Is this evidence we are living in the best, worst, weirdest, and/or dumbest timeline?