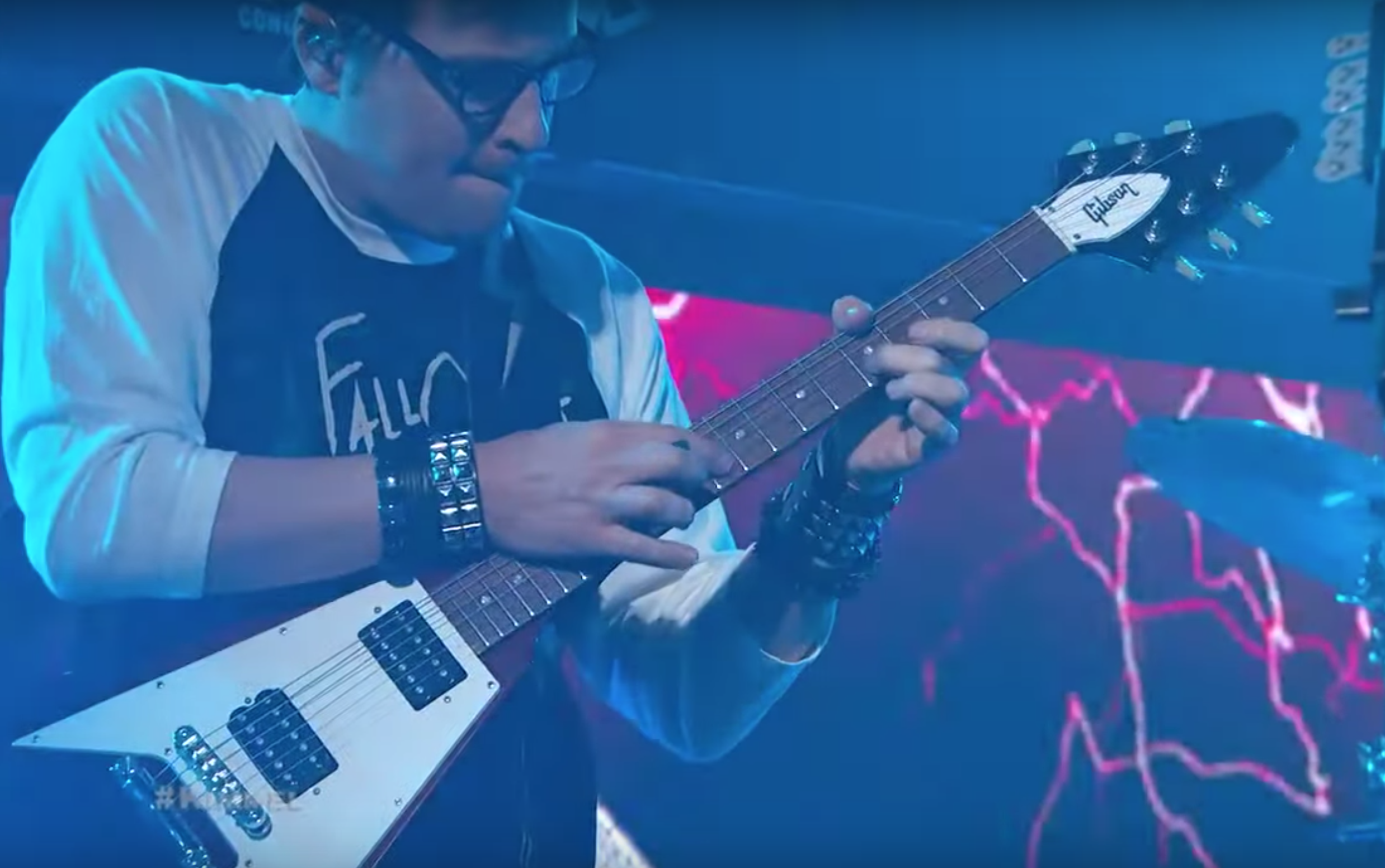 Weezer was the musical talent on Jimmy Kimmel Live! last night, promoting their newly announced album Van Weezer’s first single “The End of the Game.” In a February Entertainment Weekly interview, Weezer head madman Rivers Cuomo said that Van Weezer—one of two album expected from the band in the near future—is stylistically “Blue Album-ish, but a little more riffy.” To be honest, I can see what he means for once: This may be the most convincingly old-school-Weezer Weezer single we’ve heard from the band in some time. If the chorus doesn’t pop like a Blue Album or Pinkerton standard, there’s a cleverness and brightness to the verse and prechorus; it’s almost mellow, despite the guitar tapping (which I also don’t hate).

Yesterday, Green Day, Weezer, and Fall Out Boy all released new singles and announced a joint tour, which was like a pile of pig slop being poured over the head of rock music bloggers everywhere who were just trying to have a relaxing afternoon. The tour is called the Hella Mega Tour and is scheduled to kick off in March of next year. Van Weezer is due out on May 2020, though Weezer tweeted that “life can be pretty unpredictable, so it just might get pushed up.”

Watch the band’s Kimmel performance of “The End of the Game” below and see if you kind of like a Weezer song for once too.