Someone Did Donuts on One of Trump’s Putting Greens 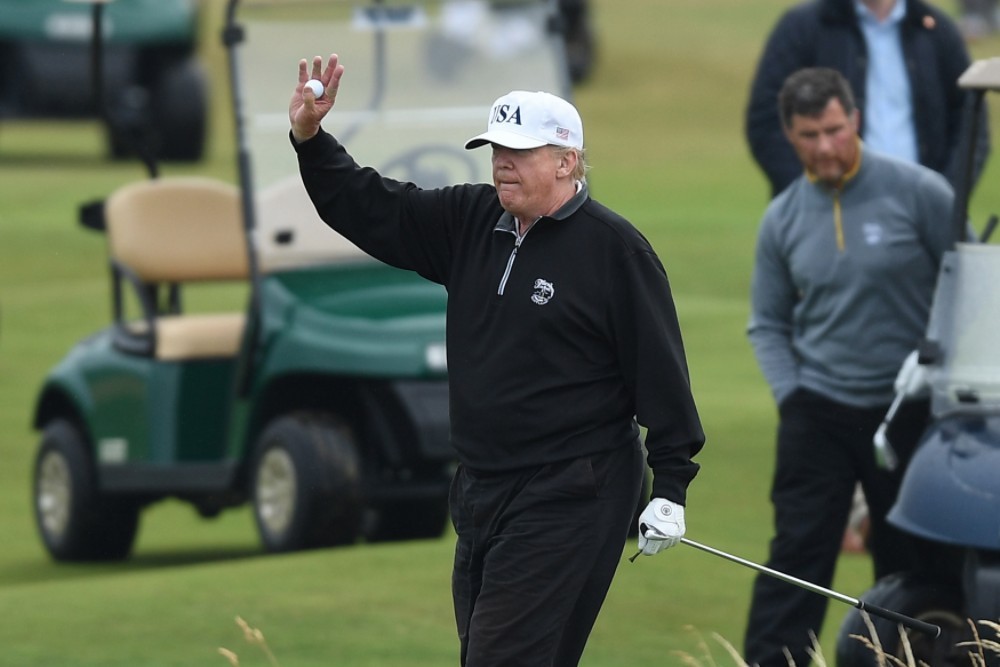 President Trump’s New Jersey Bedminster golf resort has been vandalized twice this month, according to Washington Post reporter David Fahrenthold. On Monday afternoon, Fahrenthold tweeted that the second incident entailed somebody driving onto the course on Sunday and doing “donuts on a putting green.”

“It’s a very active and ongoing investigation,” Detective Jeanne Trillhaase of the Somerset County Prosecutor’s Office told NBC News. “There was property damage at that property.”

A public information officer at the Somerset County Prosecutor’s Office confirmed that an investigation is ongoing but declined to provide any additional details.

Although authorities won’t confirm as much, I’m just gonna go ahead and assume the alleged vandal drove a bitchin’ Camaro while doing donuts on Trump’s lawn, just like in the Dead Milkmen song.

Second incident of vandalism yesterday at Trump Bedminster: I’m told somebody drove onto the course and did donuts on a putting green. Prosecutors declined comment, b/c investigation is still open. https://t.co/Rqr1sk27xo

This isn’t the first time someone tried to deface a Trump golf resort since the president’s inauguration. In 2017, a 61-year-old from Hawaii was charged with third-degree criminal mischief after allegedly defacing property at Trump’s Bedminster golf course, and three other Trump resorts. The man is alleged to have written messages like “President Pence has a bad ring to it” and “product of too much Propecia,” in reference to Trump’s elaborate Flock of Seagulls-style hair configuration.

Trump’s golf resorts have been a lightning rod for criticism given how his entire presidency seems to double as an advertisement for his properties. Since he took office, Trump has spent 200 days visiting his own resorts.