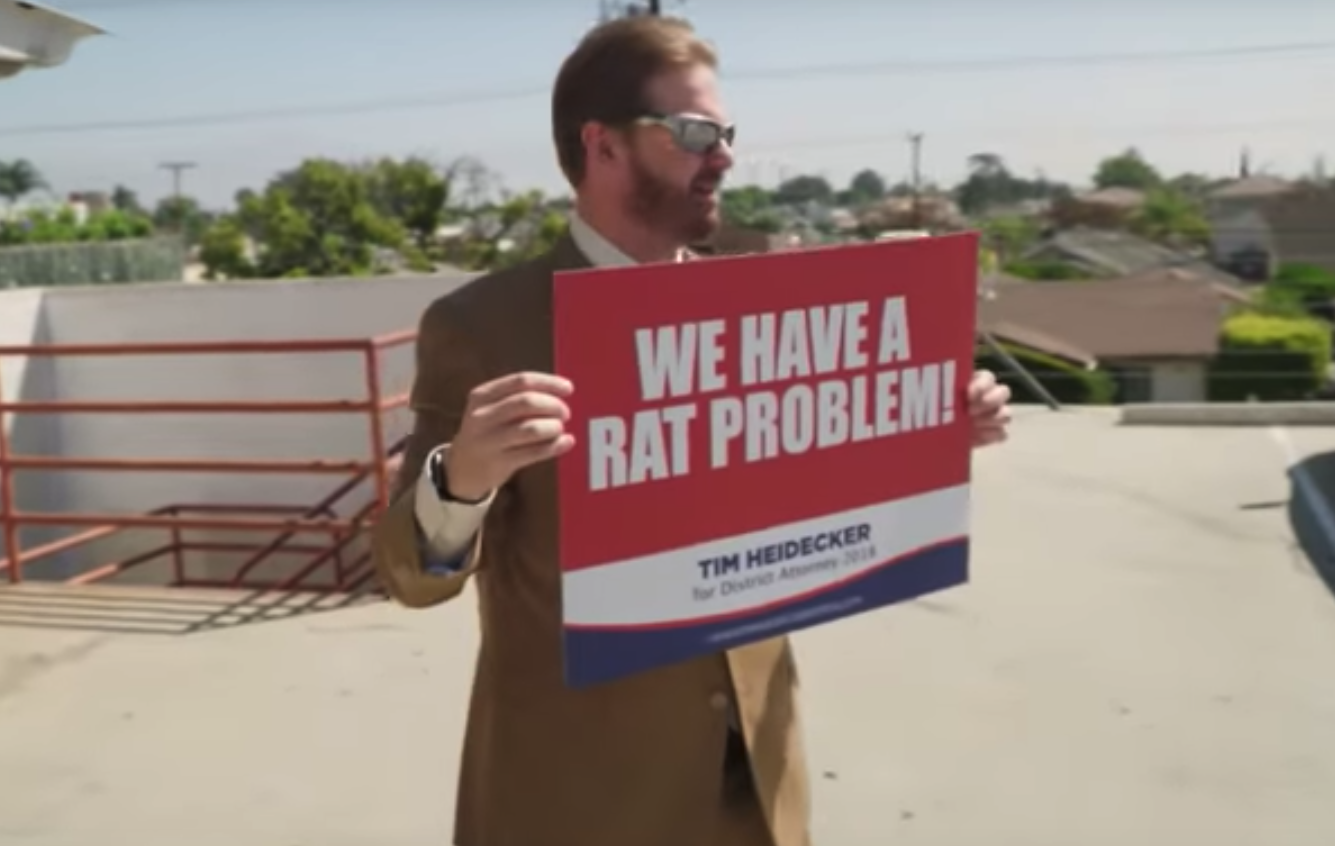 Following its initial announcement in July, the first trailer for Tim Heidecker’s new feature film Mister America is here. The political mockumentary co-stars his On Cinema co-host Gregg Turkington (otherwise known as Neil Hamburger) but functions separately from the Adult Swim series’ convoluted extended universe as well as within it, blurring real and fake while tracing Heidecker’s political run for District Attorney of San Bernadino.

The trailer shows Heidecker’s dirty campaign tricks and braindead MAGA-era populism, mixing “characters” like Turkington with real, unassuming people. The result looks like something bridging the sensibility of Borat and A Face in a Crowd, but mostly, it’s uniquely Heidecker, who is seemingly operating in peak form. The film, which was directed by Eric Notarnicola, is being released in select theaters on October 9 by Magnolia Pictures.

This summer, Drag City released a book encyclopedically detailing the world of On Cinema and its offshoots, including Adult Swim’s Decker. Tim Heidecker released his third solo album, What the Broken-Hearted Do…, in June. Watch the Mister America trailer below.